Israel: The Apple of His Eye 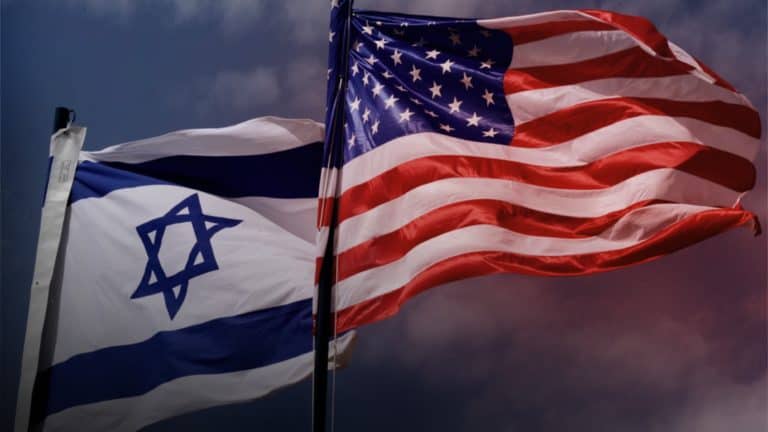 Israel: The Apple of His Eye

It has been said that the story of Israel is the most fascinating story that has been told for it is the history of the indestructible Jew, a miracle people. It is recorded in a miracle book, the Bible.

It tells the story of the nation through which the miracle person, Jesus Christ, came and although the nation Israel is comparatively small and limited in world influence, in the Bible more space is allotted to Israel and God’s dealing with her than any single subject. In the book of Genesis, for example, is a good example of the way God deals with Israel in the Word of God.

Chapters 1 and 2 of Genesis tell us about the creation. In Chapter 1 we read about the fall. Eight chapters cover the history of the world from creation to the time of Abraham and then 38 chapters deal with Abraham, Isaac and Jacob. To God, Abraham and his descendants are of great importance.

They say that the Jews contribute but 1% of the human race, but they are so important. Israel’s contribution to the world list of great names in literature, science, art, music, finance, medicine and learnings are all out of proportion to the small number of Jews.

One interesting statement in the Old Testament illustrates the place of Israel in the mind and heart of God. It is repeated some three times. It indicates how very special the people of Israel are to God and demonstrates how He cares for and protects His people.

Deuteronomy 32:10 (referring to the LORD’s portion, Jacob, His inheritance)
He found him in a desert land and in the wasteland, a howling wilderness; He encircled him; He instructed him; He kept him as the apple of His eye.

Zechariah 2:8
For thus says the LORD of hosts: “He sent Me after glory, to the nations which plunder you; for he who touches you touches the apple of His eye.”

What a picture of God’s remarkable and abundant care for His people.

So, when God says that Israel is the apple of His eye, He is picturing how very carefully it is protected. God, in His sovereign purpose, has protected Israel and kept her alive in the midst of unbelievable odds. We know from history that God has His hand upon Israel. The question is asked, “Why is this so?”

6For thou art an holy people unto the LORD thy God: the LORD thy God hath chosen thee to be a special people unto himself, above all people that are upon the face of the earth. 7The LORD did not set his love upon you, nor choose you, because ye were more in number than any people; for ye were the fewest of all people: 8But because the LORD loved you, and because he would keep the oath which he had sworn unto your fathers, hath the LORD brought you out with a mighty hand, and redeemed you out of the house of bondmen, from the hand of Pharaoh king of Egypt.

For Jacob my servant’s sake, and Israel mine elect, I have even called thee by thy name: I have surnamed thee, though thou hast not known me.

Israel was not chosen because she was sensitive to God’s call upon her life. In fact, when we come to the New Testament, we read that Jesus Christ, the Messiah, the Redeemer, came unto His own and they received Him not.

He came unto his own, and his own received Him not.

It was not because they were more sensitive to God or more in number. Was it because Israel was a more righteous people? Listen to the Words in

Understand therefore, that the LORD thy God giveth thee not this good land to possess it for thy righteousness; for thou art a stiffnecked people.

So, it wasn’t that they were big in number, not because of their sensitivity to God, not because they were righteous, but God chose Israel as “the apple of His eye “because it was in the Sovereign purpose of God to do so.

Basically, the covenant to Abraham promises three things that are of interest to us as we look at our nation’s relationship to Israel.
1. A special blessing is provided for any nation that will be a blessing to Abraham’s decedents: “I will bless them that bless thee.”
2. A special curse is upon any nation who curses Israel: “I will curse them that curse thee.”
3. A special universal blessing is poured out upon all nations, for in thee all nations of the earth shall be blessed.

So, these three provisions of the Abraham covenant provide the basis for our attitude as Americans and as Christian Americans toward the Jewish people. So, let’s look at a couple reasons why we ought to have the kind of attitude that many of you have toward the people of Israel. First of all, you might be surprised to learn that America is indebted to Israel for her spiritual heritage, spiritual influence and moral force that have in any way blessed and enlightened the world of humanity, having had their sources in the Hebrew nation.

The Hebrew nation gave to the world the 10 Commandments and the Mosaic Law and that has been largely the basis among the civilized nations of the world. The Bible, the Word of God that we study, that we cherish, was channeled through the Hebrew nation and the Bible has done more than all the other books that been written to bring the knowledge of the true God to the people of the world, and to lift them from bondage and from darkness and from paganism.

All of the known writers of the Bible were Jews, with the possible exception of Luke. Jesus Christ, according to the flesh was a Jew. We all, who are Christians, are indebted to the Jewish people from which we have received our Savior, the Lord Jesus Christ.

Our Lord spoke the truth when He said “Salvation is from the Jews.”

7Know ye therefore that they which are of faith, the same are the children of Abraham. 8And the scripture, foreseeing that God would justify the heathen through faith, preached before the gospel unto Abraham, saying, In thee shall all nations be blessed. 9So then they which be of faith are blessed with faithful Abraham.

This says it so very clearly.

And if ye be Christ’s, then are ye Abraham’s seed, and heirs according to the promise.

That’s very plain. If we are Christians, we are the seed of Abraham. The Bible instructs America to be a friend to the people of Israel. The warning to any nation that would mistreat Israel is clearly a part of God’s covenant with Abraham and comes right down to us through the pages of the Old Testament. The LORD said, “I will curse them that curseth thee” (Genesis 12:3).

The LORD shall cause thine enemies that rise up against thee to be smitten before thy face: they shall come out against thee one way, and flee before thee seven ways.

Therefore all they that devour thee shall be devoured; and all thine adversaries, every one of them, shall go into captivity; and they that spoil thee shall be a spoil, and all that prey upon thee will I give for a prey.

Thine hand shall be lifted up upon thine adversaries, and all thine enemies shall be cut off.

Then shall the LORD go forth, and fight against those nations, as when he fought in the day of battle.

And, in spite of these warnings from the Word of God, the history of the Jews is the history of persecution. The attitude of many of the nations of the world is summarized by the words of

They have said, Come, and let us cut them off from being a nation; that the name of Israel may be no more in remembrance.

That’s the way a lot of people have treated the Jews. You remember Pharaoh devised a plan to murder all the male Hebrew children, but God saw to it that the enemy of His people would get paid for their deeds in a watery grave. God floated the deliverer.