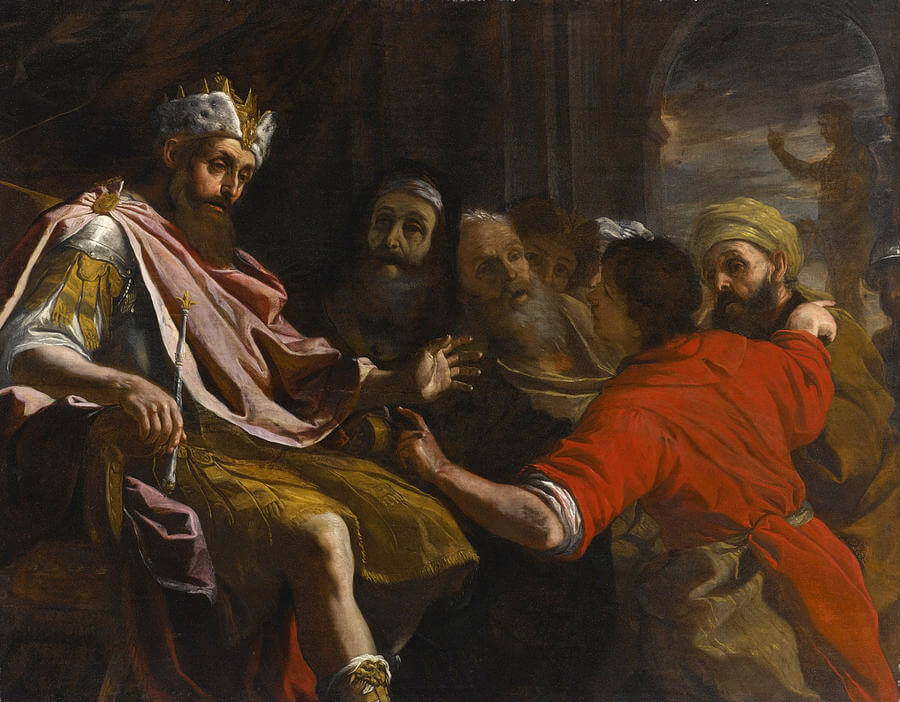 We are in one of the great sections of the Word of God as far as prophecy is concerned.
The multi-metallic image in Chapter 2 and the four beasts in Chapter 7 and the 70 weeks of Daniel in Chapter 9 form the backbone and ribs of Biblical Prophecy.

In Matthew 24 everything the Lord Jesus said in the Olivet Discourse was based on the Book of Daniel. The disciples asked him, “Tell us when shall these things be? And what shall be the sign of Thy coming and of the end of the world?” Jesus replied, “When ye therefore shall see the abomination of desolation, spoken of by Daniel, the prophet.”

This chapter then, is a very important chapter in the Word of God.

Men everywhere are asking, “What is the world coming to?” There are crises everywhere. This prophetic chapter is basic to the understanding of all prophecy of the Book of Daniel and the Book of Revelation.

God promises a blessing to those who read the Book of Revelation. It’s so important too, that we read all the Word of God, because to just know a few little verses of Scripture and be able to interpret them can be a dangerous thing.

This is the way the cults begin. They use only certain verses of Scripture. The men who start these cults understand history and human nature. They know man’s need for a doctrine which satisfies the natural mind. Liberalism and the social gospel appeal to the natural mind, so there are the blind leading the blind.

It’s so important to study the entire Word of God, the Bible. God will reveal to His children what we need to understand.

Daniel 2:1
And in the second year of the reign of Nebuchadnezzar, Nebuchadnezzar dreamed dreams, wherewith his spirit was troubled, and his sleep brake from him.

God must have made him feel the importance of this dream, for the king feared that a false interpretation might be given. This made him put his wise men to the test and this gave Daniel an opportunity to show that the true God alone is able to reveal the future of the world.

I think that Nebuchadnezzar, who had now been lifted and exalted to a very high position, wondered about this great empire that had come into existence under his leadership. Actually, Babylon was the first great world empire.

Nebuchadnezzar had done something that the Egyptians had not been able to do because Egypt was self-contained. Egypt was on the Nile River. It was well protected with a wall of desert around it, which no one could breach. The Nile River was the only entrance into Egypt.

They did reach out, but they never did become what you would call a world empire, although they did influence the world as few nations have.

So, Nebuchadnezzar was troubled; he wondered about the future of this great empire he had founded.

Daniel 2:2
Then the king commanded to call the magicians, and the astrologers, and the sorcerers, and the Chaldeans, for to shew the king his dreams. So they came and stood before the king.

Daniel 2:3
And the king said unto them, I have dreamed a dream, and my spirit was troubled to know the dream.

The king knew the dream was unusual and felt like it had some far-reaching significance but the king couldn’t figure out the meaning.

Daniel 2:4
Then spake the Chaldeans to the king in Syriack, O king, live forever: tell thy servants the dream and we will shew the interpretation.

Aramaic was the court language, the language of the world of that day.

Daniel 2:5
The king answered and said to the Chaldeans, The thing is gone from me: if ye will not make known unto me the dream, with the interpretation thereof, ye shall be cut in pieces, and your houses shall be made a dunghill.

I don’t believe he had forgotten the dream. I think he senses the importance of the dream, but refuses to divulge it to the wise men.

In other words, you are going to come up with the dream if I’m to listen to your interpretation of it.

Nebuchadnezzar could be generous and charitable, for he was often governed by his emotions or he could be cruel according to verse 5.

Daniel 2:7
They asked the king again to tell them his dream and they would give the interpretation. They were experts in heathen wisdom and magic and methods in fortune-telling, so if the king would just tell them the dream, they would put their heads together and come up with some sort of interpretation.

The king answered and said, I know of certainty that ye would gain the time, because ye see the thing is gone from me.

That was what the king was afraid of.

Daniel 2:8
The king answered and said, I know of certainty that ye would gain the time, because ye see the thing is gone from me.

In other words you’re stalling for time.

Daniel 2:9
The king answered and said, I know of certainty that ye would gain the time, because ye see the thing is gone from me.

Daniel 2:10
The Chaldeans answered before the king, and said, There is not a man upon the earth that can shew the king’s matter: therefore there is no king, lord, nor ruler, that asked such things at any magician, or astrologer, or Chaldean.

This is the first true statement the wise men have made. No man on earth could give the dream; only God could, but in desperation they are pleading for their lives, trying to show the unreasonableness of the king’s demand.

Daniel 2:11
And it is a rare thing that the king requireth, and there is none other that can shew it before the king, except the gods, whose dwelling is not with flesh.

They even confessed that their gods were not giving them very much information.

Daniel 2:12
For this cause the king was angry and very furious, and commanded to destroy all the wise men of Babylon.

Daniel 2:13
And the decree went forth that the wise men should be slain; and they sought Daniel and his fellows to be slain.

The king’s decree includes Daniel and his brethren because they were being taught by the same crowd in which the king had now lost confidence.

Daniel 2:14
Then Daniel answered with counsel and wisdom to Arioch the captain of the king’s guard, which was gone forth to slay the wise men of Babylon:

Then Daniel went in and desired of the king that he would give him time, and that he would shew the king the interpretation. Daniel knew that only God could answer this prayer and he had some praying buddies.

Daniel 2:15
He answered and said to Arioch the king’s captain, Why is the decree so hasty from the king? Then Arioch made the thing known to Daniel.

Daniel 2:17
Then Daniel went to his house, and made the thing known to Hananiah, Mishael, and Azariah, his companions:

Daniel 2:18
That they would desire mercies of the God of heaven concerning this secret; that Daniel and his fellows should not perish with the rest of the wise men of Babylon.

These Hebrew young men knew that God did not dwell in some little temple in Jerusalem. He is the God of Heaven.

Daniel 2:19
Then was the secret revealed unto Daniel in a night vision. Then Daniel blessed the God of heaven.

Daniel 2:20-23
20Daniel answered and said, Blessed be the name of God for ever and ever: for wisdom and might are his: 21And he changeth the times and the seasons: he removeth kings, and setteth up kings: he giveth wisdom unto the wise and knowledge to them that know understanding: 22He revealeth the deep and secret things: he knoweth what is in the darkness, and the light dwelleth with him. 23I thank thee, and praise thee, O thou God of my fathers, who hast given me wisdom and might, and hast made known unto me now what we desired of thee: for thou hast now made known unto us the king’s matter.

This is one of the several recorded prayers of Daniel. Daniel was a man of purpose, a man of prayer, and a man of prophecy. God revealed this secret of the dream to Daniel, and this is his tremendous prayer of thanksgiving.

Now Daniel is ready to go in and ask again for an audience with the king.

The wise men were right when they said that no man on earth could do what the king had asked, but Daniel prayed, received the answer, knowledge of the dream and the interpretation and Daniel gave glory to God as he interpreted for the king the history that was yet to unfold, Daniel 2:25-45.

Daniel 2:45
…the great God hath made known to the king what shall come to pass hereafter: and the dream is certain and the interpretation thereof sure.

The interpretation of the king’s dream includes information about:
(1) Babylon
(2) Medo-Persia
(3) Greece
(4) Rome
(5) The Antichrist on Earth for forty-two months
(6) The Kingdom of God: Ancient of Days Comes.