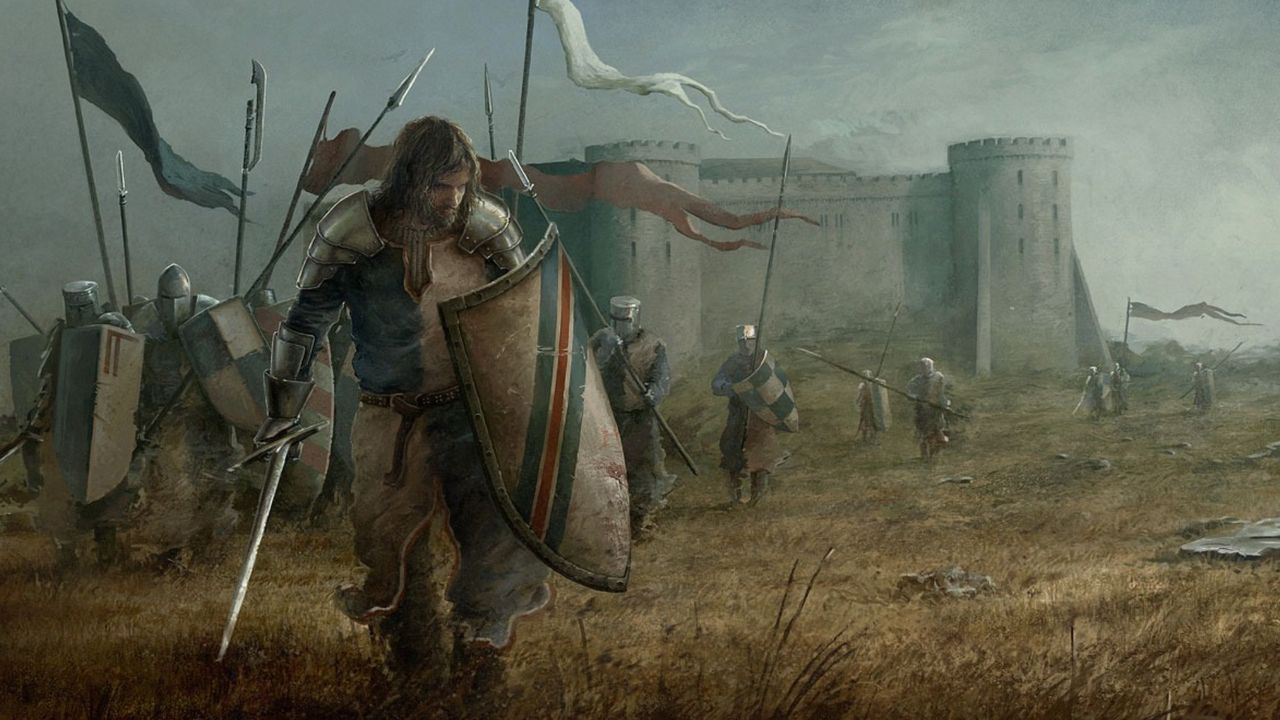 9When thou art come into the land which the LORD thy God giveth thee, thou shalt not learn to do after the abominations of those nations.
10There shall not be found among you any one that maketh his son or his daughter to pass through the fire, or that useth divination, or
an observer of times, or an enchanter, or a witch, 11Or a charmer, or a consulter with familiar spirits, or a wizard or a necromancer.
12For all that do these things are an abomination unto the LORD: and because of these abominations the LORD thy God doth drive them out
from before thee. 13Thou shalt be perfect with the LORD thy God. 14For these nations, which thou shalt possess, hearkened unto observers
of times, and unto diviners: but as for thee, the LORD thy God hath not suffered thee so to do.

For if after they have escaped the pollutions of the world through the knowledge of the Lord and Saviour Jesus Christ, they are again entangled therein, and overcome, the latter end is worse with them than the beginning.

1Beloved, believe not every spirit, but try the spirits whether they are of God: because many false prophets are gone out into the world.
2Hereby know ye the Spirit of God: Every spirit that confesseth that Jesus Christ is come in the flesh is of God:
3And every spirit that confesseth not that Jesus Christ is come in the flesh is not of God: and this is that spirit of antichrist,
whereof ye have heard that it should come; and even now already is it in the world. 4Ye are of God, little children, and have overcome
them: because greater is he that is in you, than he that is in the world.

We learned from last week’s study that the world is a mixture of good and evil, and the believer is in a struggle for his spiritual life. There are visible and invisible foes, determined to destroy the Christian’s testimony.

Christians are not called just to sing hymns, hold conventions and just say prayers. We are called to wage an unceasing warfare, to engage in a fierce battle. We are to be soldiers.

Remember, the battle is not ours, but God’s and being God’s possession, we have entered into the conflict as part of the inheritance that has come to us in Christ. Being children of God and living in a world that is hostile to God, the world’s hostility and hatred will be heaped upon us.

This world is not our home. We’re just pilgrims and the devil would love to detour us daily from walking as pleasing unto our Lord. The world, the flesh and the devil were constantly arrayed against our Lord and since we are His, these three forces are constantly waging war against us also.

How are we to keep ourselves from being slowly absorbed into the evil world system and losing our identity as Christians? The answer is by knowing and understanding the Scriptures and making the Bible our supreme authority for identifying and defining what is good and evil. Secondly, the answer is by rejecting beliefs and ideas which do not agree with the Scripture. Finally, the answer is holding fast to the truth, praying and reading His Divine inspired Word, the Bible. The believer’s whole life should be lived in constant protest against evil powers that would paralyze the soul.

Deuteronomy 18: 9–11, above, shows us that Moses knew his people well and he knew it was bound to happen! Israel’s doctrine of the existence of one God only would clash violently with paganism in the Promised Land. Its exalted revelation of God’s truth could not help but expose the darkness and superstitious ignorance of every form of idolatry.

God’s man, Moses, charged his people to avoid all such practices. Those who worshiped Molech practiced human sacrifice. Molech was the heathen god to which the Ammonites, especially, sacrificed their children by burning them.

In some places, a hollow brass image of Molech, having a bull’s head, was heated from a fire kindled within it until its out-stretched arms became red hot. On these arms the bodies of the children would be placed. The punishment for such an idolatrous practice for the children of Israel was death by stoning as referenced in

In recent years, throughout the western world there has been a resurgence of interest in occultism. God allowed no participation for Israel in all these evil practices. Israel was required to remain faithful to God.

Involvement in such abominations would be an invitation to Divine judgment. If such action invoked Divine displeasure on heathen nations, their presence among God’s people would be treated no differently. Participation in evil practices would contaminate God’s people. God called the people to be perfect and without blemish. Taking part in abominable practices would be a violation of the moral boundaries God placed in their lives, Deuteronomy 18:14, above.

While other nations had chosen wayward paths, Israel could not. To step across that line would be a transgression for which Israel would pay a high price.

The false teachers of today possess the same characteristics as the false prophets of the Old Testament. They often hide their doctrines under the guise of terminology, works, and even worship that may seem Christian. Counterfeits are as old as Satan, the devil. He is the big deceiver and has in his domain everything from false Christians to false Christs.

Peter suggested that as Israel was constantly being led astray by false prophets, so the church will be with false teachers. Since many people would rather believe a lie than believe the truth, these false teachers are very successful.

Greed is the name of the game for false teachers. They use words that can mean whatever anyone wants them to mean. Anything goes if the price is right.

In illustrating judgment, Peter presented a few glimpses into other “worlds.” He cited the fallen angels, the sin-saturated world of the Flood, and Sodom and Gomorrah.

4For if God spared not the angels that sinned, but cast them down to hell, and delivered them into chains of darkness, to be reserved unto judgment;
5And spared not the old world, but saved Noah the eighth person, a preacher of righteousness, bringing in the flood upon the world of the ungodly;
6And turning the cities of Sodom and Gomorrha into ashes condemned them with an overthrow, making them an ensample unto those that after should
live ungodly; 7And delivered just Lot, vexed with the filthy conversation of the wicked: 8(For that righteous man dwelling among them, in seeing
and hearing, vexed his righteous soul from day to day with their unlawful deeds;) 9The Lord knoweth how to deliver the godly out of temptations,
and to reserve the unjust unto the day of judgment to be punished:

What we see of these other “worlds” suggests that their moral history strongly resembles our own sin and suffering.

20For if after they have escaped the pollutions of the world through the knowledge of the Lord and Saviour Jesus Christ,
they are again entangled therein, and overcome, the latter end is worse with them than the beginning.
21For it had been better for them not to have known the way of righteousness, than, after they have known it, to turn
from the holy commandment delivered unto them.

Peter is giving a grave warning against the enslavement and entanglement of error. While occultism, idolatry and gross immorality were prevalent among the Canaanites and other pagan nations of the ancient world, God chose the Israelites to be distinctly different in character from those nations.

The pagan nations, by their rejection of the true God, had become spiritually ignorant and morally corrupt. The Israelites, because they knew the true God, and had His law and were His redeemed people, were under commandment to abstain from all the evil practices of the pagan nations.

Because as Christians we have the whole Bible and the example and teachings of Jesus Christ to inform and guide us in living, we are under the highest moral obligation to abstain from evil. If we would combat evil, we cannot condone or be participants in evil.

In this sinful world, for everything that is real there seems to be a counterfeit. Over against the true God are many false gods; for true prophets there are false prophets; there are true teachers and false teachers.

God has placed on us the responsibility for knowing what is true and what is false and He has given us His Word and Spirit to guide us in this matter so we can reject what is false. It has always been a fact of the human condition, that if someone wants to lead, there will be someone who will follow. The fact that false teachers arise from within the church makes them all the more dangerous to the church.

If a false teacher tried to invade the church from without, he would be recognized for what he is, not part of the body of Christ. When false teachers rise within the church, their defection from the faith is so gradual that by the time they have completely denied the Lord who offered to redeem them, many have not noticed the change, the deception.

There is a simple but effective way for determining whether or not a professed spiritual leader is true or false. We need to ask ourselves: Does this individual have the attitude of Jesus Christ? Does his/her teachings agree with the Word of God? Is his/her life patterned after Jesus? Is love for God a motivation for his/her teaching?

Beloved, believe not every spirit, but try the spirits whether they are of God: because many false prophets are gone out into the world.

Beware of false prophets, which come to you in sheep’s clothing, but inwardly they are ravening wolves.

The apostle Paul said in

That we henceforth be no more children, tossed to and fro, and carried about with every wind of doctrine, by the sleight of men, and cunning craftiness, whereby they lie in wait to deceive;

Christians need to be on guard lest they be taken in by smooth talking people who are propagating various erroneous doctrines.