They Will Know We Are Christians 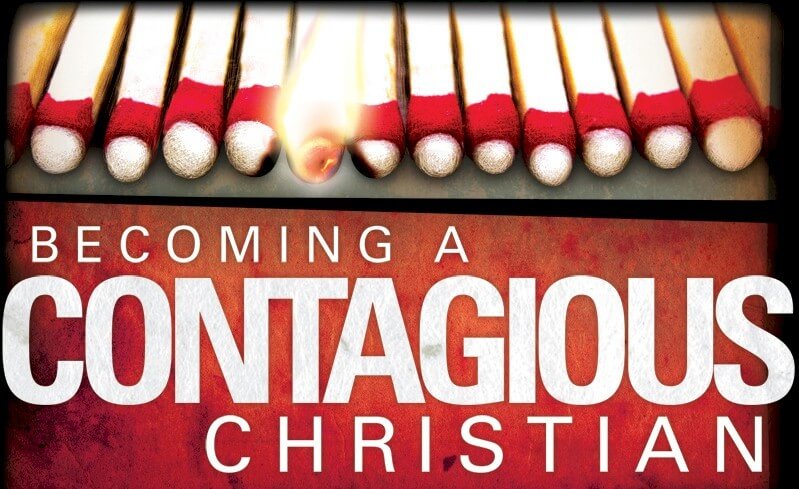 They Will Know We Are Christians

The mark of the Christian that the world notices is not the beauty of it’s buildings nor the landscaping and not the degrees that are attached to the pastors and workers, nor the trained professional choir or staff. It is these words of Christ:

John 13:35
By this shall all men know that ye are my disciples if you have love one to another.

This is where the church is different from the world.

The world often judges Christians by the way responsibilities are carried off. In 1Thessalonians 1 we read where Paul came to the church at Thessalonica, ministering in the synagogue and teaching the word of God and how that teaching grew a church.

When Paul accepted the call from Macedonia “to come over and help us,” he ended up in Thessalonica and the church in that part of the country which ended up being one of the great churches mentioned in the New Testament.

In fact, when I think of this great church, I remember the church at Philadelphia that’s mentioned in the Book of Revelations.

The only church of the seven churches mentioned about which John had no evil thing to say. These churches in Thessalonica and the one in Philadelphia were great churches, THOUGH NOT PERFECT!

Whatever these Christians were, they were contagious about their faith. The Bible tells us that wherever they went, people heard about Jesus. So, that wherever Paul and his workers would go, they would tell the people about Jesus.

By the time they got there, they already knew about the Lord because the Thessalonians had already been there, ahead of them.

Everywhere they went, the word of God left an impression. That’s not the way it always is with Christians. Some are like they’re in the Secret Service. You don’t find out about it until you’ve worked with them for a while,

They sure didn’t make much of an impact on you. You found out by accident that they belonged to the faith. That was not true with these believers!

They were contagious Christians and Paul came to Thessalonica and established a vital body of believers into a local church. And these believers became models for that day and time.

We can learn from them; how we are to live by studying their lives. How can we allow their lives to touch ours and be an example for us even though that happened hundred of years ago. Here are some examples:

• They found the dynamic of life in Christ when they were saved. Something happened. There was a dynamic change in their lives and they were changed forever.

• They found development in their lives in the church, so that when they would come to church, after they accepted Christ, they grew and matured and they would teach and encourage other Christians as they studied the word of God.

• They found their discipline in the city in which they lived. The city of Thessalonica was no great place to live. There were all kinds of challenges for it was a great metropolis.

But these Christians were salted and mature Christians, so they grew in Christ. We need, as Christians, to get out among sinners and unbelievers and let our light shine. To be salt, so that will be thirsty for Jesus.

If we never take our faith out into the world, we can become cold and callous and indifferent, and that takes away the edge of our faith.

Let’s think about this thought. If we let God’s word penetrate our hearts, then we will become energetic Christians.

9For they themselves show of us what manner of entering in, we had unto you and how ye turned to God from idols to serve the living and true God. 10And to wait for His Son from Heaven, whom He raised from the dead, even Jesus who delivers us from the wrath to come.

Remembering without ceasing your work of faith, labor of love and patience of hope in our Lord Jesus Christ in the sight of our God and Father.

What happened to these Christians? First of all, their faith came from an authentic conversion. Lots of people talk about being saved and being born again that have never been saved.

Someone said the born again movement is 100 miles wide and 1/8th of an inch deep. I think that there aren’t a lot of Christians who get established in their faith, so that you can demonstrate that they are genuine by their daily living.

How do you demonstrate the authentic nature of your faith? Your faith is demonstrated by your works. According to the Book of James you aren’t saved by works, but when you are saved, works proceed.

So they had an authentic part of their life that was demonstrating their faith. The Bible tells us about their conversion. Again, in verses 9 and 10, it says “they turned from idols to serve the living and true God; and to wait for His Son from Heaven.”

Their conversion involved a past act. They turned to God in times past. Conversion is not something that happens gradually. You may work up to it. It may be a gradual coming to conversion. But when you are converted it happens in a moment pf time. It is a turning from death unto life. It is being born again. When a person is born, they have a date and they have a place where the birth took place. They turned from idols to the living God on a particular day at a particular time, but their conversion involved a present action.

You don’t want to sit, soak and sour like some do? One of the greatest evidences of your faith is your ministry. God has given you to the church.

Just think. The church in Thessalonica was a long time ago and yet in that church, these people had this in common. They had a dynamic conversion that had taken place in the past. They were loving and serving God in the present and they had an overwhelming anticipation that Jesus Christ was coming back. They always had their eyes on the sky, wondering and waiting for the Lord Jesus to come back.

Lots of people say that was a long time ago and Jesus hasn’t come back yet. If they were looking for Jesus to return during their lifetime and He hasn’t returned yet, look at all the years that have passed. All that tells us is:

• And if they anticipated His coming in their day, how ought we to be anticipating it in our day!

There is no doubt about their faith, and out of that confidence came their lifestyle of contagious faith. If you’re not sure about your own faith, you can’t witness to someone without first experiencing the new birth. You have to know for sure what your standing with The Lord means to you.

And Paul, back in verse 3, speaks about their work of faith, labor of love and patience of hope and he paints a picture of those Christians not just sitting on their hands.

They had an energetic approach to their faith. Their love was motivated by what had happened in their hearts, and they were looking forward to Jesus coming back and being assured of Heaven.

This church had contagious Christians and they were energetic about their work and faith. They were active. Someone said the church was made up of 2 kinds of people: the pillars that hold it up and the caterpillars that crawl in and out every week. There’s more than a few people can do, more to be accomplished for the Kingdom’s sake.

When we come to the end of life, we cannot say, “I’ve done everything there is to do,” but we can say, “Lord, I’ve tried to do what You asked me to do,” and if we do that, we will be filled with joy doing His will. It gets us out of bed in the morning excited to know God loves us and has called us to do His will and be established.

I know that Christ is our example, but He uses human beings to be His examples. The world reads the Christian life, more than they read God’s Word.

It is an awesome thing to be a teacher or a pastor. As a teacher or pastor, we know there’s a stricter judgment. We know we are flawed individuals although we have an inward experience because of the light of the Gospel.

Contagious Christians, you have to be saved and enthusiastic and true heart felt.

6And ye became followers of us, and of the Lord, having received the word in much affliction, with joy of the Holy Ghost. 7So that you became examples to all in Macedonia and Achaia who believe.

THE JOY OF THE LORD

Do you think these Christians worshiped quietly? They had joy. They were excited about what God had done in their lives. They had come through much affliction.

How many know, when their faith is tested by afflictions, and they come out on the other side, there is a kind of joy that could never be known in any other experience.

I know from experience by breaking 9 bones, but when I did get to come back to church and I realized what I’d missed by being confined. The music and singing begins and the joy of the Lord floods my soul. Isn’t He awesome? God loves each of us and He is no respecter of persons.