Nothing Was Left To Chance 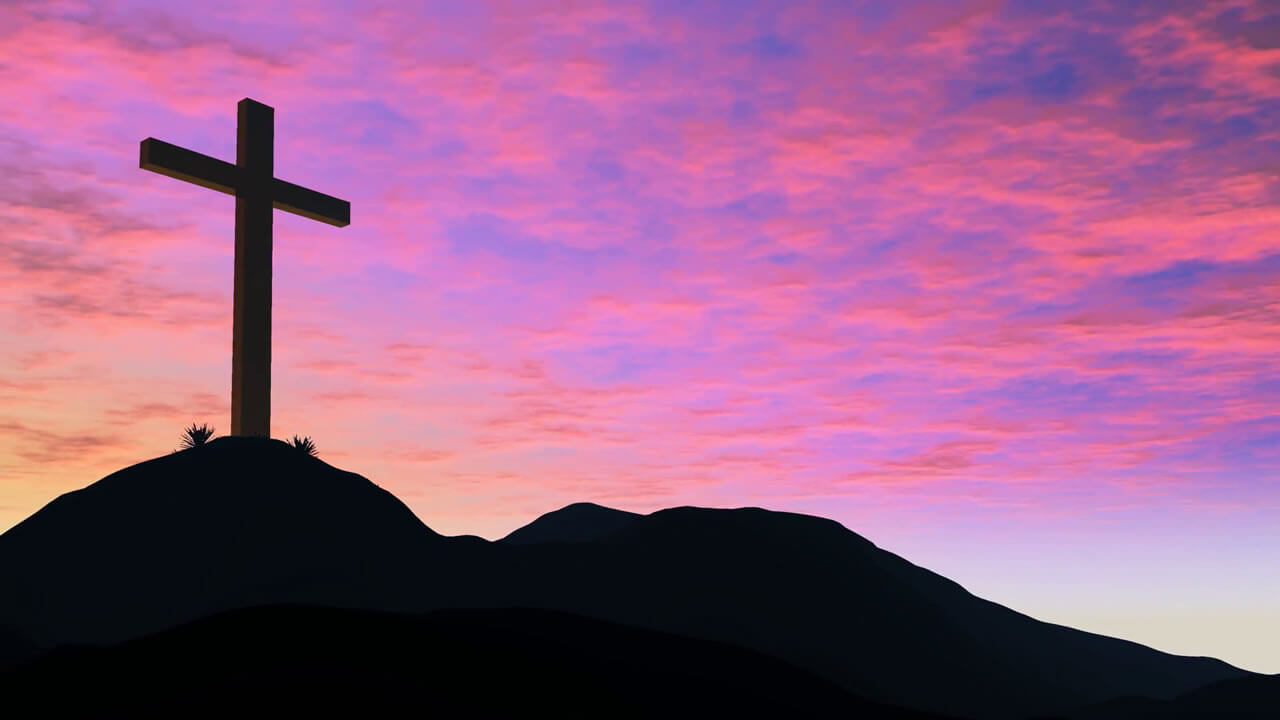 Nothing Was Left To Chance

It was no accident that the Lord of glory was crucified between two thieves. There are no accidents in a world that is governed by God. Much less could there have been any accident on that day of all days, or in connection with that Event of all events, a day and an Event which lie at the very center of the world’s history.

No, God was presiding over that scene. From all eternity He had decreed when and where and how and with whom His Son should die. Nothing was left to chance. All that God had decreed came to pass exactly as He had ordained. Whatever man did was simply that which God’s hand and counsel determined to be done. Acts 4:28.

When Pilate gave orders that the Lord Jesus should be crucified between two malefactors, all unknown to Pilate, he was but putting into execution the eternal decree of God and fulfilling His prophetic Word.

Seven hundred years before this Roman officer gave his command, God had declared through Isaiah 53:12 “that His Son should be numbered with the transgressors” that the very one whose finger had inscribed on the tables of stone the Sinaitic Law should be assigned a place with the lawless, that the Son of God should be executed with criminals. This seemed utterly inconceivable, yet it actually came to pass. Not a single word of God can fall to the ground.

Psalm 119:89, “Forever, O Lord, Thy word is settled in Heaven.” Why did God order it that His beloved Son should be crucified between criminals? Well, God has a purpose for everything He does, for all His works are ordered by infinite wisdom.

Was not our blessed Lord crucified with the two thieves to fully demonstrate the unfathomable depths of shame into which He had descended? At His birth, He was surrounded by the animals of the field, and now at His death He was numbered with transgressors to show us the position He occupied as our Substitute.

He had taken our place, due us, the place of criminals condemned to death. Again, was He not crucified with the two thieves that in those three crosses and the ones who hung upon them we might have a vivid picture of salvation and man’s response there, the Saviour’s redemption, the sinner repenting and believing and the sinner reviling and rejecting.

The two malefactors were equally near to Him. Both of them saw and heard all that transpired during those fateful six hours.

Both men were wicked; they both were dying and both urgently needed forgiveness. He had lived hardened in heart while the other repented of his wickedness, believed in Christ, called on Him for forgiveness and went to Paradise.

We see precisely the same thing going on today. Hearing the Gospel, one is melted and another remains unmoved. Under the same sermon, one man will listen with eyes open to see his need and accept mercy, while one listens with indifference.

Grace is free and the invitation is broad enough to take in “whosoever believeth”.

Let’s compare (from the New Testament) two examples. By grace are ye saved and it is grace from beginning to the end. Ephesians 2:8, Paul and the dying robber, perhaps are the two most striking cases. Remember Saul who afterwards became Paul the apostle to the Gentiles.

Paul wrote years afterwards of his condition before his conversion. In Philippians 3:6 he declared that as touching the righteousness of the law, he was blameless. He sat at the feet of Gamalial, learning his character was flawless. He was a Pharisee of the Pharisees. After conversion Paul came nearest to attaining the ideals of the Christian life and he followed after his Master more closely than any other saint has since.

But with the saved thief, it was far otherwise. He had no moral life before his conversion and no active service after it. Before his conversion he respected neither the law of God or the law of man. After his conversion he died without having opportunity to engage in the service of Christ. This lets us know that by grace (sovereign grace only) we enter by belief in the blood to cover our sins but if we are saved and live, we are to do good (which is called fruit, bearing fruit) telling others of Christ’s love.

The thief’s conversion occurred at a time when to outward appearances, Christ had lost all power to save either Himself or others. This thief had marched along with the Saviour through the streets of Jerusalem, and had seen Him sink beneath the weight of the cross. This could have been the first time that he had ever seen Jesus and now that he had seen Him, it was under every circumstance of weakness and disgrace. Public opinion was against Him. Not one in the crowd stood there with an outstretched hand and cried “Behold the Lamb of God which taketh away the sin of the world.”

The only way that we can explain the fact that this “dying thief” took a suffering, bleeding, crucified man for his God is that his faith in Christ was a miracle of Grace, Divine intervention and Supernatural operation.

The thief’s conversion also took place before the supernatural phenomena of that day, before the hours of darkness, before the triumphant cry, “It is finished”, before the rending of the temple veil, before the quaking of the earth and the shivering of the rocks, before the centurion’s confession, “Truly this was the Son of God!”

God deliberately arranged this combination of unpropitious conditions and surroundings to teach us that “Salvation is of the Lord” and to teach us not to magnify human instrumentality above Divine agency, to teach us that every genuine conversion is the direct product of the Supernatural operation of the Holy Spirit.

Terrible indeed was the condition and action of this robber, before his conversion. On the brink of eternity he united with the enemies of Christ in the awful sin of mocking Him. Jeremiah 17:9 tells us, “The heart is deceitful above all things and desperately wicked.” It describes what every human heart is by natural birth.

It is not until we are brought to see our total corruption that we will seek the Great Physician. We have to be stripped of the filthy rags of our self-righteousness before we are ready for the garments of salvation. We come to God as beggars, empty-handed, before we can receive the gift of eternal life. We must realize that our condition is so desperate that is entirely beyond human repair. We are without strength, Romans 5:6.

God alone can deal with the dreadful disease of sin. The Holy Spirit had been at work with the thief’s conscience. Luke 23:41, “Dost not thou fear God? And we indeed justly, for we receive the due reward of our deeds.”

Romans 10:10, “With the heart man believeth unto righteousness, and with the mouth confession is made unto salvation.” The thief had not the use of his hands and feet. They are not needed for salvation, but he had the use of his heart and tongue. They were free to believe and confess.

Notice that his was a humble faith. “Lord, remember me.” And yet that word “remember me” was wonderfully full and appropriate. He was an outcast from society. Who would remember him? The public would think no more of him. His friends would be glad to forget him. But, here is one with whom he asked this petition. He had faith and faith works wonders.

Notice here the pains God took to guard the spotless character of His Son. Luke 23:41, “This man hath done nothing amiss.” Judas was moved to say, “I have betrayed innocent blood.” Pilate testified, “I find no fault in Him.” Pilate’s wife said, “Have nothing to do with this just man.”

And the thief hanging on the cross, God opened the eyes of the robber to see the faultlessness of His beloved Son and opened his lips so that he bears witness to His excellency.

The thief had heard Christ’s prayer for His enemies, “Father, forgive them.” That short sentence became a saving sermon.

We see, too, that the thief evidenced his faith in Christ’s kingship. He said, “Remember me when Thou comest into Thy kingdom.” Outward circumstances all seemed to belie His Kingship. Instead of being seated on a throne, He hung upon a cross. Instead of wearing a royal diadem, His brow was encircled with thorns. Instead of being waited upon by servants, He was numbered with the transgressors; nevertheless He was King of kings and Lord of lords.

Jesus promised, “Him that cometh to me, I will in no wise cast out.” So He proved it here. Even though Christ was hanging there, suffering and also had the weight of the world’s sin upon Him, Christ proved here that a sinner can never come to Christ in an unacceptable time. Christ saves to the uttermost them that come unto God by Him. This was the time of the Redeemer’s “weakness”, 2 Corinthians 13:4, “For though He was crucified through weakness, yet He liveth by the power of God.” The Saviour was in agony on the accursed tree yet there He had power to redeem this soul from death and open for him the gates of Paradise. So never doubt or question the infinite sufficiency of the Saviour. Christ has risen and He is still in the saving business.

God deliberately arranges this combination of conditions and surroundings to teach us that “salvation is of the Lord” and to teach us not to magnify human instrumentality above Divine agency, to teach us that every genuine conversion is the direct product of the supernatural operation of the Holy Spirit.

Jesus came into this world to save sinners and He left it and went to Paradise accompanied by a saved criminal, the first trophy of His redeeming blood!