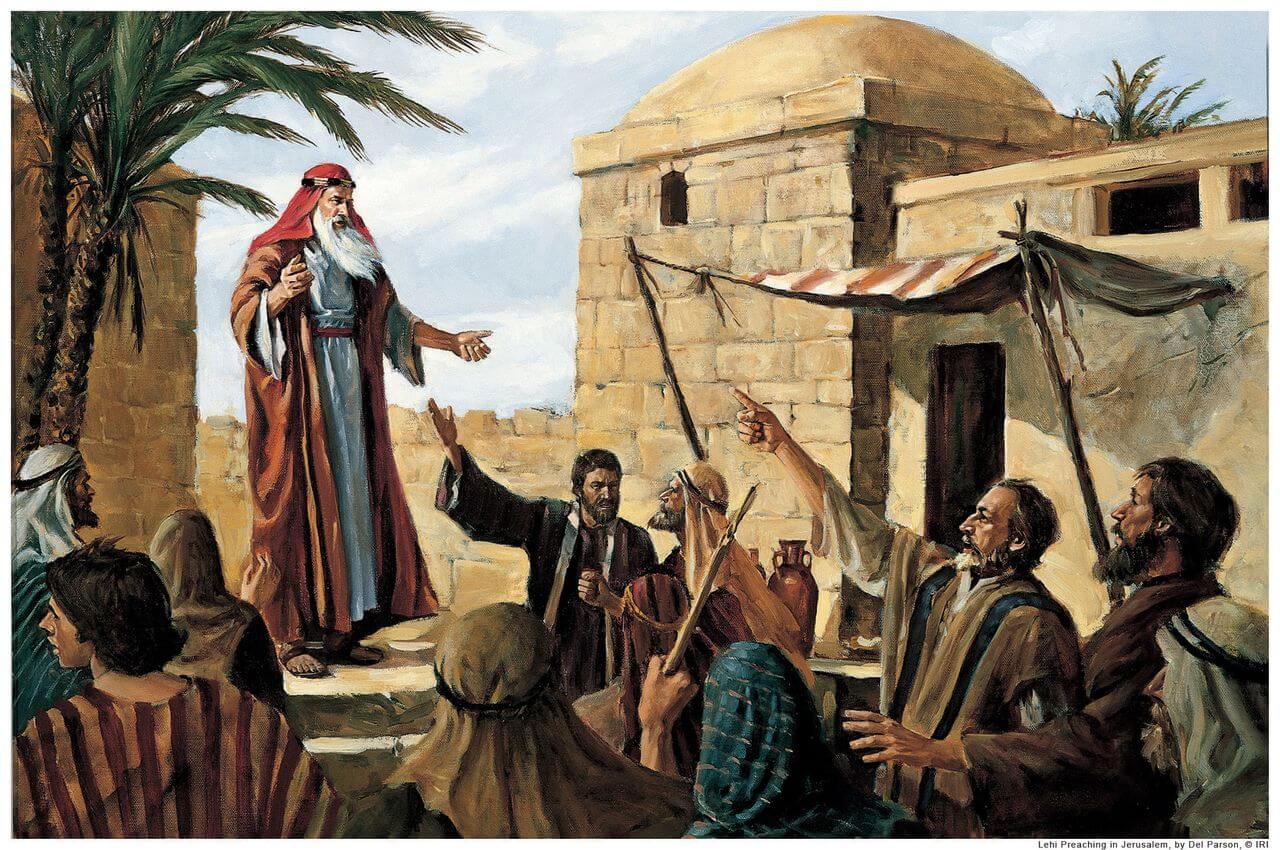 6Then the children of Judah came unto Joshua in Gilgal: and Caleb the son of Jephunneh the Kenezite said unto him, Thou knowest the thing that the LORD said unto Moses the man of God concerning me and thee in Kadesh-barnea. 7Forty years old was I when Moses the servant of the LORD sent me from Kadesh-barnea to espy out the land; and I brought him word again as it was in mine heart. 8Nevertheless my brethren that went up with me made the heart of the people melt: but I wholly followed the LORD my God. 9And Moses sware on that day, saying, Surely the land whereon thy feet have trodden shall be thine inheritance, and thy children’s for ever, because thou hast wholly followed the LORD my God.

11As yet I am as strong this day as I was in the day that Moses sent me: as my strength was then, even so is my strength now, for war, both to go out, and to come in. 12Now therefore give me this mountain, whereof the LORD spake in that day; for thou heardest in that day how the Anakims were there, and that the cities were great and fenced: if so be the LORD will be with me, then I shall be able to drive them out, as the LORD said. 13And Joshua blessed him, and gave unto Caleb the son of Jephunneh Hebron for an inheritance. 14Hebron therefore became the inheritance of Caleb the son of Jephunneh the Kenezite unto this day, because that he wholly followed the LORD God of Israel.

God accomplished much of His plan for this earth through His people. He did during the period of this lesson and He does in the Christian life today. God had a plan for His people to possess the promised land. The accomplishing of that plan was dependent upon their being faithful to His commands. He commanded them to spy out the land He had already promised to them.

In contrast to the unfaithfulness of Israel, Joshua and Caleb stood as examples of faithfulness. Caleb was able to see the plans of God accomplished in his life because of his obedience to God’s commands and his faith in God’s promises. Caleb was 40 years old when Moses, the servant of the Lord, sent the spies out.

As essential as all the right commitments of daily life may be, the commitment to love and serve God needs to be our top priority. Without commitments, life becomes unraveled and chaos begins. As Christians we need to be encouraged and inspired by examples of faithful service to the Lord. Caleb, the man we consider in this lesson, is an outstanding biblical example of wholehearted commitment to serving God.

When Israel entered the land of Canaan, Joshua and Caleb were the only two remaining individuals over 60 years of age who came out of Egypt with Moses. The rest of their generation dies prematurely in the wilderness because of their unbelief and disobedience to God. Joshua and Caleb were spared by God and allowed to enter Canaan because they had wholly followed the Lord. As told in this lesson, Caleb was granted the choice of the land he wanted in Canaan as a reward for his faithful service to God.

Caleb is now 85 years old and yet he can say that he is as strong as the day Moses sent him into Canaan as a spy. When the 12 spies were sent out, Joshua and Caleb were certain, with God’s help, Israel would be victorious in taking the land. The other 10 spies saw giants in the land and wanted to return to Egypt. No doubt, someone would say to Caleb, “Isn’t it hot out here in the wilderness? Let’s go back to Egypt.” But no doubt Caleb was thinking about those big luscious grapes he had seen while spying (and brought back) and to the city to which he was going. Even in the wilderness he thought of the future.

He had a great hope. It kept him young. The giants in the Promised Land made the others tremble; they thought of themselves as grasshoppers, but Caleb thought of God. One with God is a majority. God was bigger than the giants.

Verse 10 contains a notation about the number of years that had passed since God originally promised the land to Caleb. It had been 45 years. This is a remarkable tribute to the perseverance of Caleb’s faith. He had seen those of his generation live out the remainder of their lives and then die in the wilderness wandering. He had also patiently watched the new nation arise in the wilderness.

But despite the passing of more than four decades Caleb had remained faithful to God and God had remained faithful to him. Caleb maintained that his strength was as vigorous as it had been when he was sent by Moses to spy out the land. However, this was the strength of inner faith as well as outer stamina. Caleb said, “The LORD hath kept me alive.” The source of his strength was his faith in the LORD. Faith is your victory.

Today we are making the memories we will have tomorrow and for years to come, either of faithfulness or lack of faithfulness in service to the LORD. Which will it be when we look back from some future time and place in life? God is pleased to have us remember and act upon His promises. We are taught by Scripture to make our request known to God in prayer. We can pray with confidence that God will hear us because He has given unto us great and precious promises.

Whereby are given unto us exceeding great and precious promises: that by these ye might be partakers of the divine nature, having escaped the corruption that is in the world through lust.

Abiding in Christ, we can lay claim in prayer to the promises of God that will enable us to fulfill His purpose for our lives. God has preserved Caleb’s life through all the hazards in the wilderness and through seven years of all out war with the Canaanites. We cannot imagine how many times Caleb must have faced the possibility of death in hand to hand combat with the Canaanites. Yet, every time Caleb had been the victor because God guarded his life. But Caleb’s own testimony was that he was more than a survivor and victor. The toil and conflict of the passing years had taken nothing from Caleb’s strength.

Caleb understood there was a divine reason why his life had been spared and his strength remained through the passing years. God had kept him fit to wage one more military campaign for the mountainous region around Hebron. God will provide the time, the opportunity, the means and the strength to accomplish through us whatever He wills to accomplish.

Hebron is 3,000 feet above sea level and 4,300 feet above the Dead Sea. Caleb must have pointed to the mountain on which Hebron stood and said, “Give me this mountain.” The mountain and city which Caleb requested as his inheritance would not be easy to take and few in Israel would have ever dared to try. Caleb acknowledged that Hebron and the other Canaanite cities in this mountainous region were strong fortresses, protected by many soldiers, and too, the ruling inhabitants of this region were giants, descendants of a man named Anak.

Caleb’s bold faith that he could overcome every opponent rested on the promises of God that the land would be his inheritance. Long years of experience had taught Caleb that God can be trusted to keep His promises. Caleb did not know just what strategy he would use to take possession of Hebron but he was sure that God had a strategy that would work.

So many times believers are tempted to think that their own merits and abilities are the key to their success. But the LORD is always the key to any success experienced by the Christian. An attitude of gratefulness gives added strength to the believer just as Caleb was strengthened in his gratitude.

Caleb’s example parallels the challenge to the believer today to posses the victories that Christ has provided. The Lord has provided victory over spiritual strongholds, difficulties in relationships and challenges in character development. The believer is challenged today by Caleb’s example to drive out the remnants of the old way of life that would attempt to overthrow him. This is necessary in order to posses the victory.

Faithfulness isn’t something that just happens. It springs from one’s value system. Today the things that test our faith may be altogether different from those of Caleb’s day and the days of the early Christians; yet, they are just as real, just as hard, just as discouraging and we, like Caleb, must have our priorities well defined and our value system firmly in place so we can stand against the wiles of the devil.

Put on the whole armour of God, that ye may be able to stand against the wiles of the devil.

What shall we then say to these things? If God be for us, who can be against us?