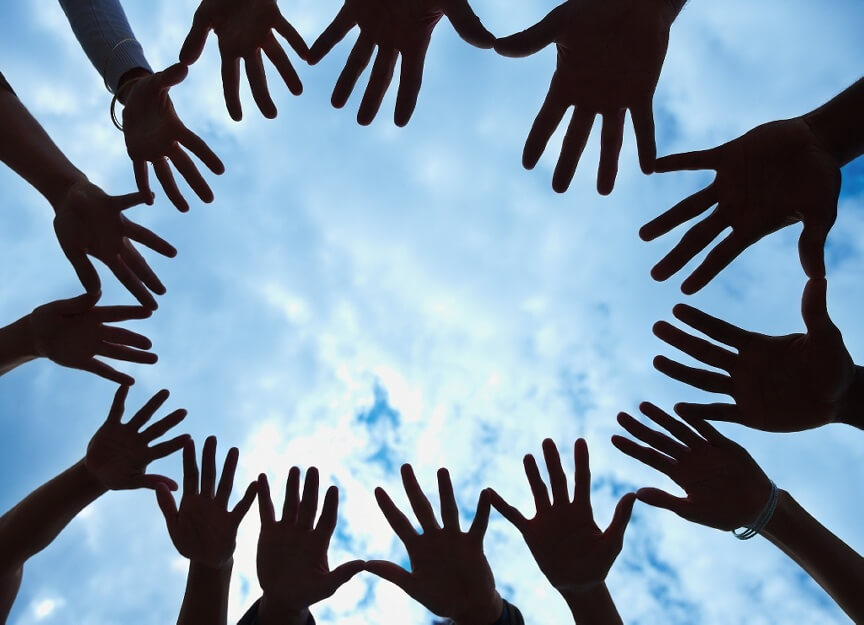 “You don’t have to be in full-time vocational Christian service to make a significant impact for Christ.” We need to be faithful and do what we can in the corner of our world.

Missionaries have two things that you and I have (hands and time). God not only uses hands and time of Missionaries, but hands like yours and mine, that have worked in countless tiny corners of this planet over 2000 years to extend and build God’s Kingdom. Hands and time have always been God’s way.

He used a shepherd named Moses and his brother, Aaron. He used a farmer named Gideon and a simple young woman named Ruth. He used a wealthy planter named Boaz, a shepherd named David and priests named Jeremiah and Ezekiel. He used teenagers named Daniel, Shadrach and Meshach and Abednego.

The men of the land like Amos. He used a disobedient prophet names Jonah and many others.

He needs our hands and our time today also. For He doesn’t send angels down to earth to do our work.

We are His Vessels.

God has used every class and category of people on the face of the earth to build His Kingdom and He wants to use you and me in the same way.

THE HANDS OF TIME

God could announce the Gospel from Heaven so all the world could hear, or write it across the sky in big letters, but He wanted to use people like us! We are the carriers of The Kingdom.

His righteousness, peace and joy in us is evidence of His love for the world. In the Old Testament, the Kingdom had a geographic center (Jerusalem).

Peter says in I Peter 2:4-6 that we are living stones building up the dwelling of God on earth. As God builds us into the image and character of Christ.

Therefore, as God matures us in Christ, He uses us to reach out and invite others into The Kingdom.

When a house is built, the workers show up with an array of different tools, hammers, wrenches, wire cutters, paint brushes, shovels and whatever it takes.

Each of us has been given spiritual gifts and natural abilities, desires and motivations, interests, longings, dreams and visions.

God has uniquely equipped each of us according to His Will to play a role in building His Kingdom.

Romans 12:3-7
3For I say, through the grace given unto me, to every man that is among you, not to think of himself more highly than he ought to think, but to think soberly, according as God hath dealt to every man the measure of faith. 4For as we have many members in one body, and all members have not the same office. 5So we, being many, are one body in Christ and every one members one of another. 6Having then gifts differing according to the grace that is given to us, whether prophecy, let us prophecy according to the proportion of faith. 7Or ministry, let us wait on our ministering, or he that teacheth, on teaching.

I Corinthians 12:18
But now God has placed the members, each one of them, in the body, just as He pleased.

Whoever and wherever you are God wants you to be a Kingdom builder. Let’s take stock of our tools. You and I are God’s hands and time, to spread His Gospel. We think about the hands of Jesus. He was a carpenter in an area without modern machinery. He, no doubt, gripped lumber and absorbed splinters. But His hands were oh so gentle, never squeezing too hard or touching too roughly.

And what wonderful hands! The trace of a single finger could restore sight to the blind, bring life to the dead, heal a leper’s skin or lift a suffering soul that was troubled. And, what wounded hands. They bore the scars that no lotion could smooth. These are scars I believe we will see in Heaven.

There’s an old poem that says, “Christ has no hands, but our hands do His work today. He has no feet, but our feet to lead men in His way.” So, Christ wants to use our hands and feet to continue His work. That means that our hands should convey love. In His parable of the Prodigal Son, Jesus described the reaction of the father to the homecoming of his wayward boy.

Luke 15:20
And he arose, and came to his father. But when he was yet a great way off, his father saw him, and had compassion, and ran, and fell on his neck, and kissed him.

I’ve always wanted pretty hands but thank The Lord I do have hands and Christ wants to use our hands to continue His work.

Jesus wasn’t afraid to touch others. Leprous skin didn’t repulse Him, nor did He hesitate to handle the filthy feet of His disciples in the upper room. He gave us an example of love, humility and acceptance.

I read a story about a young man who toured a locomotive factory in England. At the end of the tour, he reached out his hand to thank the guide and was surprised by the limp unresponsive grip he felt. The guide appeared to be a strong man, yet his handshake was almost non-existent. A bit embarrassed the host explained when I was an apprentice I met with an accident and a nail was driven completely through it. Since then, I have never been able to close my hand.

And Christ’s hands stretched open and outward to a needy world.

Psalm 145:16
You open Your hand and satisfy the desire of every living thing.

Are our hands open? Generous to a needy person whom God brings across our path toward His work that needs support? How can our hands become a blessing to others? Handing or mailing a bulletin to people who aren’t able to attend. Mailing cards to the sick and shut-ins. Encouraging someone; putting your arm around the shoulders of a friend and leading them to Christ.

We also think of The Master’s hands as praying hands. I read the story of Albrecht Dürer for his famous painting of the praying hands.

The long-cherished traditions behind the painting is said that his large family (8 children) grew up in Nuremburg Germany and two of the boys dreamed of being artists, so they made a pact. One would work in the mines to finance the painting of the other. They flipped a coin and Albrecht went to school first and developed his skills. When time came for his brother to attend school, he was unable to do. His own hands had been so damaged in the mines that he could not hold a brush. As a tribute to him, Albrecht used his hands for the painting that had endured for five centuries.

I can just imagine Jesus’ hands in a posture of prayer, palms together, fingers pointing upward as the carpenter of Nazareth took time to beseech God’s blessings on the work of His hands.

Oh, to be like Jesus; to have that touch, the same open handed generosity. Look down at your hands and let’s ask The Lord to use our hands for His glory.

THE POTTER AND THE CLAY

One day a man was passing by a place where they sold pottery. His attention (as he entered) was drawn to an old man sitting at the Potter’s wheel. As he finished the vessel, it wasn’t satisfactory to him. Suddenly the potter smashed the clay into a ball, dipped his hand into a water jar and applied a new coat of moisture and began working again.

The prophet, Jeremiah, gained a new perspective on God’s work among His people and a new sense of hope in the Master Potter who can form and reform our lives.

This is an apt metaphor for God’s work. God physically shaped Adam from the clay of the earth and breathed into him, the breath of life. We are all humans, a word that is akin to the term humans, meaning earth or clay.

The Apostle, Paul, referred to our bodies as “jars of clay.”

II Corinthians 4:7
But we have this treasure in earthen vessels, that the excellence of the power may be of God and not of us.

APPROVED WORKERS
The Apostle Paul says that God wants to shape us inwardly, to spiritually fashion us into vessels fit for His use, molded as images of our Lord Jesus Christ.

. . . be a vessel for honor, sanctified and useful for The Master, prepared for every good work.

Job 10:8-9
8Your hands fashioned and made me altogether, and would you destroy me? 9Remember, I pray that You have made like clay.

This gives us a Biblical warrant for thinking of the events and influence of our lives as the hands and fingers shape us daily to reflect Him. The Master’s hands are SKILLED hands.