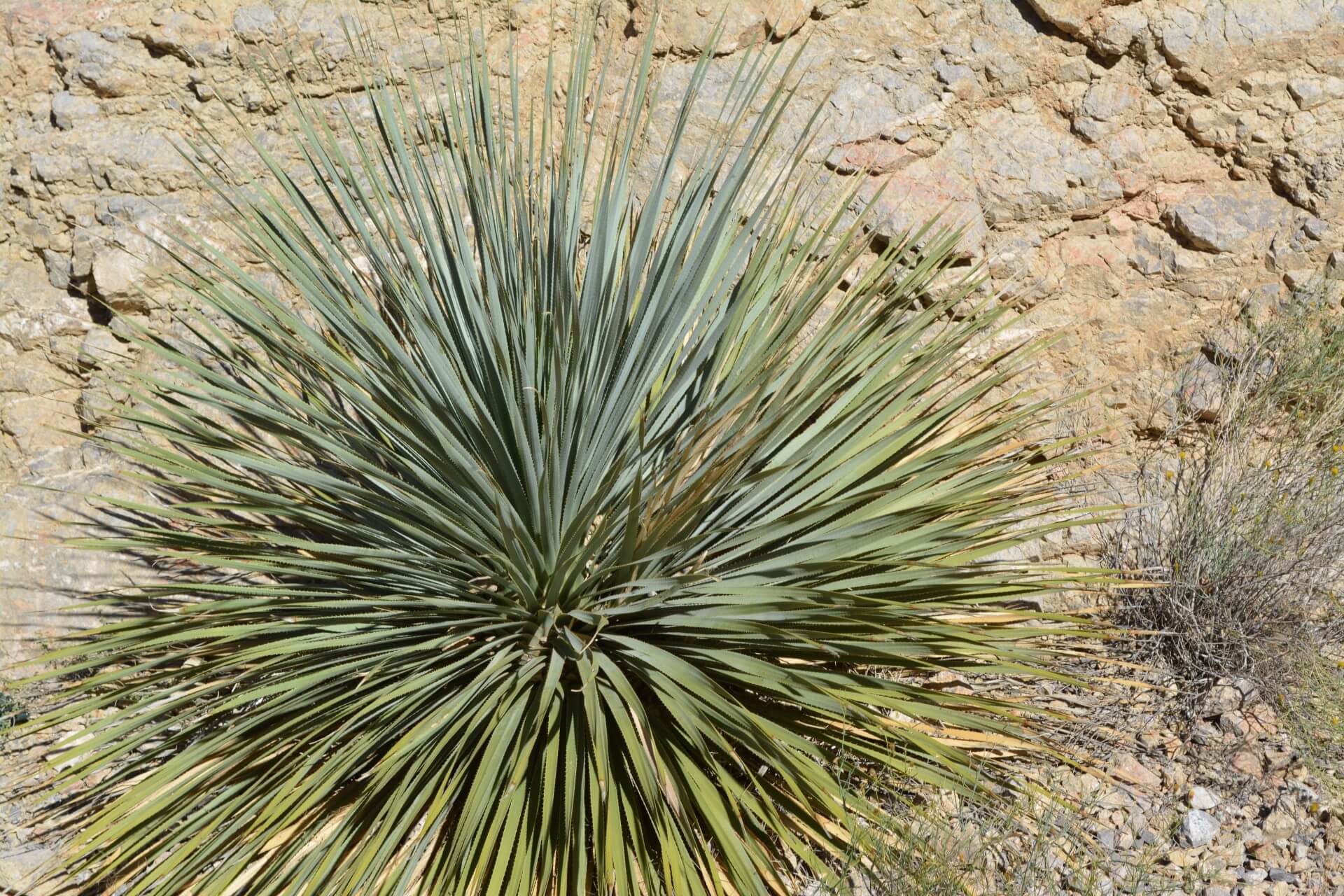 1And it came to pass, that, while Apollos was at Corinth, Paul having passed through the upper coasts came to Ephesus: and finding certain disciples, 2He said unto them, Have ye received the Holy Ghost since ye believed? And they said unto him, We have not so much as heard whether there be any Holy Ghost. 3And he said unto them, Unto what then were ye baptized? And they said, Unto John’s baptism. 4Then said Paul, John verily baptized with the baptism of repentance, saying unto the people, that they should believe on him which should come after him, that is, on Christ Jesus. 5When they heard this, they were baptized in the name of the Lord Jesus. 6And when Paul had laid his hands upon them, the Holy Ghost came on them; and they spake with tongues and prophesied.

11And God wrought special miracles by the hands of Paul: 12So that from his body were brought unto the sick handkerchiefs or aprons, and the diseases departed from them, and the evil spirits went out of them. 13Then certain of the vagabond Jews, exorcists, took upon them to call over them which had evil spirits the name of the Lord Jesus, saying, We adjure you by Jesus whom Paul preacheth. 14And there were seven sons of one Sceva, a Jew, and chief of the priests, which did so. 15And the evil spirit answered and said, Jesus I know, and Paul I know; but who are ye? 16And the man in whom the evil spirit was leaped on them, and overcame them, and prevailed against them, so that they fled out of that house naked and wounded. 17And this was known to all the Jews and Greeks also dwelling at Ephesus; and fear fell on them all, and the name of the Lord Jesus was magnified. 18And many that believed came, and confessed, and shewed their deeds. 19Many of them also which used curious arts brought their books together, and burned them before all men: and they counted the price of them, and found it fifty thousand pieces of silver. 20So mightily grew the word of God and prevailed.

This lesson is an example of how the Holy Spirit
(1) worked in New Testament times to add believers to the church
(2) and confirm in the faith those who became believers in Christ.

The word revival suggests renewed life, vigor, an infusion of new energy. In Scripture, the Holy Spirit is revealed as the Agent of God, imparting spiritual life to people.

Whether we think of revival as the salvation of sinners or the reinvigoration of believers, there can be no revival without the cleansing life-giving, and enabling work of the Holy Spirit.

Let’s search ourselves: Are we spiritually alive?

In a vision, Ezekiel the prophet was carried by the Holy Spirit down into a large valley full of dry bones.

The hand of the LORD was upon me, and carried me out in the spirit of the LORD, and set me down in the midst of the valley which was full of bones,

The site of an ancient battle, the valley was strewn with skeletons of the men who had died there.

To Ezekiel those bones represented Israel, a nation which, at the time, was both spiritually and politically dead. In Ezekiel’s vision the dead men in the valley were made to live again by the breath of the Holy Spirit. God showed Ezekiel that the Spirit is the Source of revival and spiritual life.

Without the Presence and Work of the Holy Spirit in our lives, we are spiritually dead and as hopeless as skeletons, but as the text for this lesson shows, the Holy Spirit gives spiritual revival and life to those who are yielded to His work.

The gift of the Holy Spirit makes a great difference in our spiritual vitality and enabling us to do service for Christ.

We should be mindful that all the people we encounter in life are not at the same place on the journey of faith. Some may know virtually nothing about Christ and the Gospel; others like these disciples of John the Baptist may need only a little more enlightenment to accept Jesus Christ as Savior and Lord.

Since the Holy Spirit is the primary witness of Christ, the one who convinces people to believe in Christ must depend upon His help to bring people to complete faith in Jesus Christ.

Notice how the apostle Paul carefully inquired into these disciples’ spiritual knowledge and experience, since they had no knowledge of the Holy Spirit.

Paul avoided projecting an air of superiority of what he knew or had experienced. He didn’t make them feel second rate. Instead he guided them into a deeper knowledge of what had transpired.

A study of the great revivals throughout the centuries from the Day of Pentecost reveal some common factors. Heading the list of causes of Revival is prayer. From the time when Christ’s followers tarried in the Upper Room until now, prayer has a central position in spiritual renewal. Whether on an individual basis or in joint prayer meetings, it provides both the foundation and stimulus from which revival erupts. A second cause is an emphasis on Bible doctrine, a study of God’s Word. A third cause is leaders who not only recognize the sinfulness and spiritual decadence but also have a vision of spiritual renewal. A fourth cause is hungry hearts. Though surrounded by many religions and religious practices, people often experience a spiritual vacuum or inner emptiness which causes then to search for a filling.

Working of miracles is identified as one of the gifts of the Holy Spirit (1 Corinthians 12:10, 28); therefore, as the Holy Spirit works through people, miracles may occur when they can serve the purpose of verifying the Gospel and convincing people to believe in Jesus Christ.

And God hath set some in the church, first apostles, secondarily prophets, thirdly teachers, after that miracles, then gifts of healings, helps, governments, diversities of tongues.

Whenever a New Testament revival or spiritual renewal takes place, miracles are to be expected. It is one of the marks of the Holy Spirit inspired awakening. At Ephesus the activeness of the Holy Spirit is seen not only in the twelve receiving the baptism, but also in a number of supernatural miracles and deliverances.

The power of the Holy Spirit was so strong and powerful that other believers came to Paul’s workplace and took pieces of materials with which he had been in contact physically. These pieces of material were then placed on those individuals needing healing or deliverance. Miraculously the diseases left the sick, and evil spirits departed from those possessed. It reminds us how unlimited the Holy Spirit is. He can work across great distances and through a variety of contact means.

In themselves these materials were undesirable, especially in consideration of their use, but they became the means of a contact point with the apostle Paul and the powerful ministry of the Holy Spirit which flowed through him.

Healing and deliverance through contact with these materials are similar to other marvelous miracles. A woman was healed by touching the very edge of Christ’s cloak, and remember the Scripture in Acts 5:15 where the people put their sick in bed out in the street hoping that Peter’s shadow would pass over them.

Insomuch that they brought forth the sick into the streets, and laid them on beds and couches, that at the least the shadow of Peter passing by might overshadow some of them.

The most important work of the Holy Spirit, this side of the resurrection, is the conversion and salvation of a sinner.

Look at the Scriptures in Acts 19:13-20 (above). Paul’s powerful ministry through the Holy Spirit drew attention… especially interested were those who practiced exorcism and were involved in various magic arts. The Jewish priest Sceva, and his 7 sons, were self—proclaimed exorcists who traveled about earning money by performing exorcisms.

They decided to add to their arsenal of magic arts by using the Name of Jesus. Paul’s presentation of Jesus and the power which flowed from him through His Name caused them to decide to also use it.

Apparently, it appeared to them as just another power which might become useful to them, and of course, if successful, there would be monetary benefit. Sceva (SEE-vah) and his seven sons apparently traveled from location to location setting up business where it seemed profitable.

In Acts 19:15, above, the demons’ response let them know that they were in unfamiliar territory. This evil spirit knew who Jesus was and who Paul was, but these seven men were unknown in their spiritual world. They had no power and no reputation to be feared.

Energized with demonic strength, the man attacked these interferers. Unable to flee quickly, all seven of them received a beating; their clothing was ripped from them and all seven received injuries.

Their attempt at glory degenerated into a nightmare. They assumed the power of Jesus would radiate through them by the simple use of His Name even though they didn’t know Him.

News spread fast. The seven brothers’ failure in the exorcism plus the physical beating became known throughout the practitioners of the city that Jesus Christ wasn’t a power just anyone could use. There had to be a personal, believing relationship.

Fear came upon those who practiced magic. Not only did they come to realize Paul’s message about Jesus was true, but they also began to recognize who Jesus was and accept Him. Many believed on Jesus and were saved, and their lifestyle was changed.

These believers in Christ who were now ready to rid themselves of all associations with occultism came to public gatherings, confessed their sins, and burned their books for reciting incantations and casting spells. So thorough was this abandonment of occultism that the total worth of the books came to two million dollars.

Since it was believed that magic arts and incantations had to be kept secret to be effective, the fact that these people openly confessed their magic formulas was proof of their genuine repentance.

It is impossible to have revival without the Word of God and the Holy Spirit, as it is for us to live without water and air.