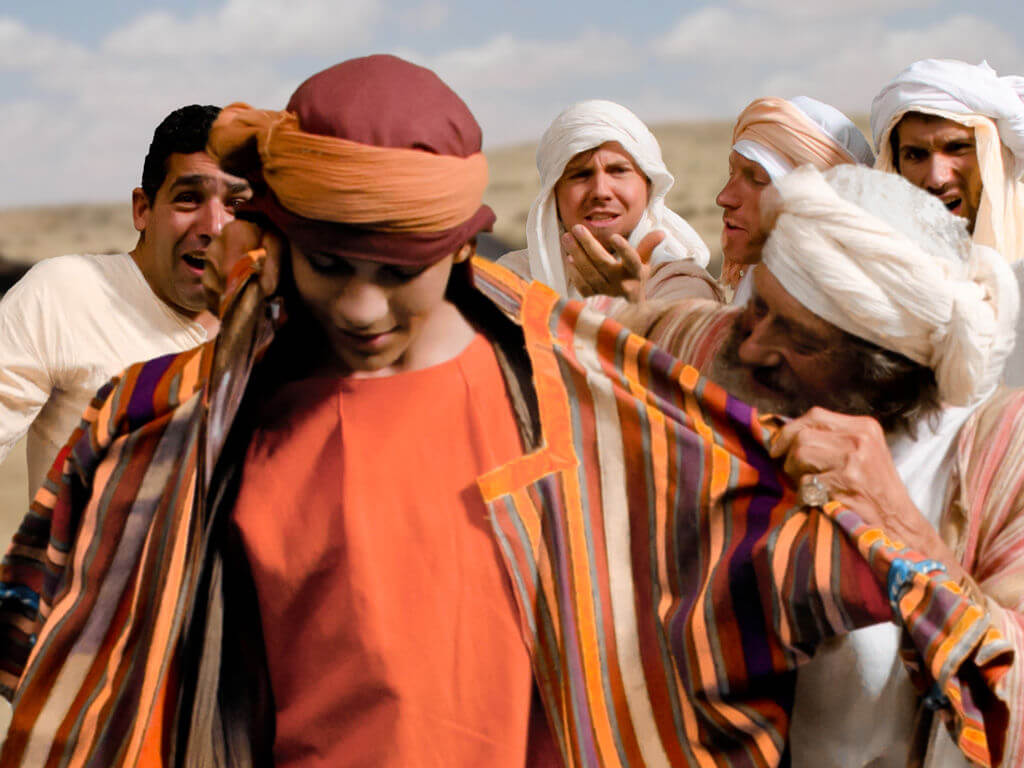 Joseph started out with a robe of many colors, which his dad had given him. His brothers were so jealous of him that they ripped it off him, dipped it in the blood of a goat and deceived his father with it. Joseph is not dead; he is in Egypt.

He then is in Potiphar’s house and he has on the slave’s robe; He is the Number 1 slave and the next thing we know he had to leave that robe in Mrs. Potiphar’s hand when he ran out of the house. She was after him, seductively.

From the time Joseph was 30 till the time he was one hundred and ten, he ruled Egypt. For 80 years he was Prime Minister of Egypt.

Let’s stop for just a moment and think: If you could have 80 years of everything God wanted for you, would you wait 12 years to get it? We’re so impatient! We want it now, but God’s leadership is worth the “waiting” time.

Here Joseph has the gifted robe, a chain and a ring (signet) and Pharaoh told him to ride in the second chariot from now on. We have to remember Joseph had just gotten out of prison and you wonder how is he handling all of this emotionally? And also Pharaoh told him everybody will bow down and worship you. Remember, in Egypt the people felt like their leaders were their gods.

Remember Joseph had had a special dream. Joseph is now only 30 and not only will his brothers bow down, before him, but all of Egypt will bow down to him. When God says something will happen, it will happen. God is perfect in His ways and His wisdom and in His will.

When Joseph got promoted, Potiphar had to report to Joseph. Joseph had a courageous vision. From the day he told his dream, he never lost a day doubting the truth of it. God had given him a vision for the future and for 12 long years that vision was tested in the way of suffering, disappointment, distress and difficulty and he couldn’t see anything on the horizon that ever looked familiar to that vision, but he never stopped “dreaming his dream”.