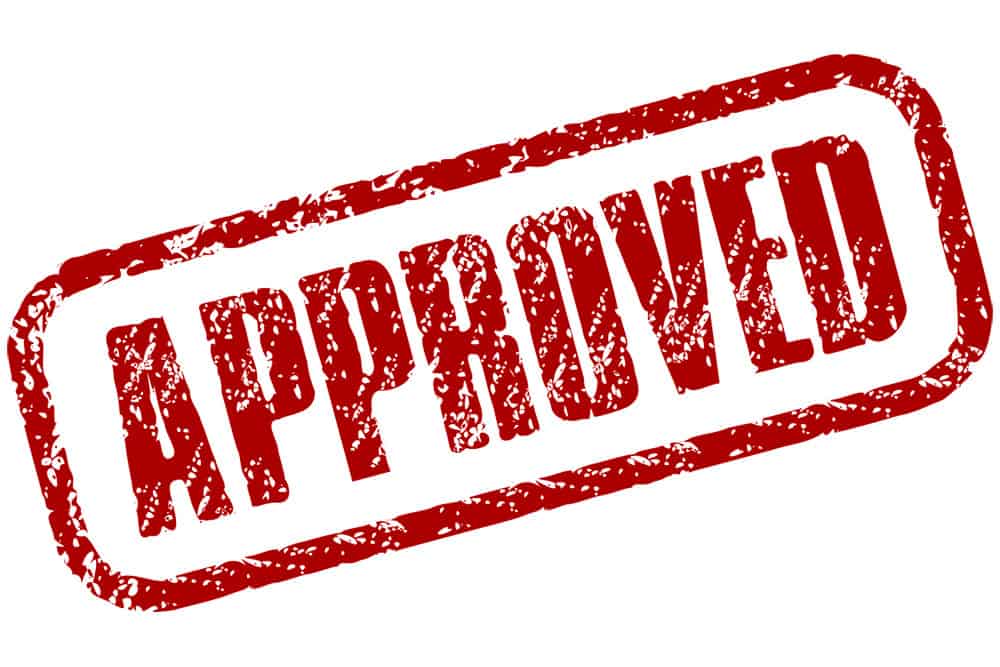 1Therefore being justified by faith, we have peace with God through our Lord Jesus Christ:
2By whom also we have access by faith into this grace wherein we stand, and rejoice in hope of the glory of God.
3And not only so, but we glory in tribulations also: knowing that tribulation worketh patience;
4And patience, experience; and experience, hope:
5And hope maketh not ashamed; because the love of God is shed abroad in our hearts by the Holy Ghost which is given unto us.
6For when we were yet without strength, in due time Christ died for the ungodly.
7For scarcely for a righteous man will one die: yet peradventure for a good man some would even dare to die.
8But God commendeth His love toward us, in that, while we were yet sinners, Christ died for us.
9Much more then, being now justified by His blood, we shall be saved from wrath through Him.
10For if, when we were enemies, we were reconciled to God by the death of His Son, much more, being reconciled, we shall be saved by His life.
11And not only so, but we also joy in God through our Lord Jesus Christ, by whom we have now received the atonement.
12Wherefore, as by one man sin entered into the world, and death by sin; and so death passed upon all men, for that all have sinned:
13(For until the law sin was in the world: but sin is not imputed when there is no law.
14Nevertheless death reigned from Adam to Moses, even over them that had not sinned after the similitude of Adam’s transgression, who is the figure of Him that was to come.
15But not as the offence, so also is the free gift. For if through the offence of one many be dead, much more the grace of God, and the gift by grace, which is by one Man, Jesus Christ, hath abounded unto many.
16And not as it was by one that sinned, so is the gift: for the judgment was by one to condemnation, but the free gift is of many offences unto justification.
17For if by one man’s offence death reigned by one; much more they which receive abundance of grace and of the gift of righteousness shall reign in life by One, Jesus Christ.)
18Therefore as by the offence of one judgment came upon all men to condemnation; even so by the righteousness of One the free gift came upon all men unto justification of life.
19For as by one man’s disobedience many were made sinners, so by the obedience of One shall many be made righteous.
20Moreover the law entered, that the offence might abound. But where sin abounded, grace did much more abound:
21That as sin hath reigned unto death, even so might grace reign through righteousness unto eternal life by Jesus Christ our Lord.

Justification is an important aspect in our salvation experience. To be justified means to be declared righteous. It is not, “just – as if I’d never sinned”; I did sin, but my sin is not charged to my account.

Because of my acceptance of Christ’s atoning work on the cross, I have been declared righteous in the sight of God. Justification is God’s way of dealing with the sins of those who have accepted His salvation.

Notice Paul’s statement in Romans 5:1, “being justified by faith”. Justification only comes by faith. Having established that God has made a way to justify sinners and having declared that faith is the means by which we are made right in His sight. Paul went on to enumerate the benefits of this justification.

In listing these blessings, Paul accomplished two purposes. First, he told how wonderful it is to be a Christian. Our justification is not simply a guarantee of Heaven, as thrilling as that is, but it is also the source of tremendous blessings that we enjoy here and now.

His second purpose was to assure his readers that justification is a lasting thing. When God declared us righteous in Jesus Christ, He gave to us seven spiritual blessing that assure us that we cannot be lost.

The first of these benefits listed by the apostle is that of peace with God. Faith in Christ makes a relationship with God a reality by removing the enmity between God and man that was brought about by sin.

Man’s separation from God has many evidences in the world. These evidences include rebellion, fear, loneliness, guilt and despair. Man in his sinful state is confronted with a problem – death and guilt.

Peace with God, however, brings with it a sense of belonging, trust and assurance. Christ is the peacemaker and we are, by faith, the peace takers.

In Verse 2, above, Paul declared that we have access into God’s grace through faith in Jesus Christ. In:

Let us therefore come boldly unto the throne of grace, that we may obtain mercy, and find grace to help in time of need.

We are encouraged to “come boldly unto the throne of grace, that we may obtain mercy and find grace to help in time of need.”

A third benefit of our justification is hope. It looks to the future hopefully, trusting in the plan and purpose of God. Hope brings great joy to believers because their future is assured. The greatest and most essential need of these lives has been met. They are saved. They will forevermore live and reign with our Savior.

When we understand the true implication of God’s justifying work, we can’t help but rejoice. We belong to Jesus for all eternity; however, Verses 3 and 4 of Romans 5, above, prove that justification is no escape from the trials of life.

These things I have spoken unto you, that in Me ye might have peace. In the world ye shall have tribulation: but be of good cheer; I have overcome the world.

For the believer trials work for him and not against him. Trials can bring us closer to the Lord. Suffering builds Christian character.

As we go through tribulations, and depend on God’s grace, the trials only purify us and help to get rid of the chaff.

Verses 5-8 of Romans 5, above, reveal God’s love within. Before we were saved, God proved His love by sending Christ to die for us. Now that we are His children, surely He will love us more. We also have salvation from future wrath! See Verse 9-10 of Romans 5, above. There is “wrath to come” but no true believer will experience it.

For God hath not appointed us to wrath, but to obtain salvation by our Lord Jesus Christ.

A Will is of no effect until the death of the one who wrote it; then the Will is enforced by law and the inheritance distributed. Jesus Christ wrote us into His Will and He wrote the Will with His blood!

Likewise also the cup after supper, saying, This cup is the new testament in My blood, which is shed for you.

He died so that the Will would be in force, but then He arose from the dead and returned to Heaven that He might enforce the Will Himself and distribute His inheritance. Thus, we are saved by His life.

Totally apart from the Law and freely by grace, we have a salvation that takes care of the past, the present and the future. Hallelujah! What a Savior! Verses 12 – 16 of Romans 5, above, is frightening and realistic in Paul’s statement that sin entered the world and that by sin death also entered the world. Sin is the tragedy of the universe. Sin, like a disease is deadening, deforming and dooming. Men belong to God by creation; through the fall he entered into a position of bondage and became a slave.

Man’s sins deform him, but God’s love can transform him. The cost of restoring man to fellowship with God was of staggering proportions. Sin had contaminated every area of man’s life, but redemption came through the work of Christ on Calvary. In the wisdom and compassion of God the price was available. Nothing less than the blood of Jesus Christ would suffice. This was the price that made possible restored fellowship. The depth of His forgiveness is so great the He is free to declare us not guilty in the highest court of Heaven.

In verses 12 – 21 of Romans 5, above, Paul saw two men, Adam and Christ. Adam was given dominion over the old creation. He sinned and lost his kingdom. Christ came as the King over a new creation.

2 Corinthians 5:17
Therefore if any man be in Christ, he is a new creature: old things are passed away; behold, all things are become new.

Christ not only undid all the damage that Adam’s sin effected, but He accomplished much more by making us the very Sons of God. Because of Adam’s trespasses, many died. Because of Christ’s obedience, the grace of God abounds to many bringing life.

In Adam we lost our Kingship, but in Jesus Christ, we reign as Kings. Our aim in life should be, and our duty, to glorify the One who bought us. We are to magnify Him in thought, word and deed and make known His name to the ends of the earth.

Sin, in the course of the ages since Adam, has multiplied, abounded, cycled and overflowed. There are many questions of this in the history of man. The abundance of sin occasioned the flood. The exceeding sinfulness of Sodom brought the overflow of the cities of Sodom and Gomorrah. The sins of Israel brought the captivity of God’s people.

Grace was not an addition to God’s plan. Grace was a part of God’s plan from the very beginning. The unbelievers’ only hope is to be reconciled to God through Jesus Christ.

Human pride is a hindrance, but the Gospel, accompanied by the conviction of the Holy Spirit, can penetrate pride. The Bible declares that God is not willing that any should perish but that all should come to repentance.

2 Peter 3:9
The Lord is not slack concerning His promise, as some men count slackness; but is longsuffering to us-ward, not willing that any should perish, but that all should come to repentance.

We cannot help being in Adam, for this came by our first birth over which we had no control, but we can help staying in Adam, for we can experience the second birth: a new birth from above: salvation. We can be born again, spiritually. Thank You, Jesus! Thank You, Father God!

John 3:7 (Jesus speaking)
Marvel not that I said unto thee, Ye must be born again.

Born again? God made it possible for ALL mankind, through His Son Jesus Christ’s obedient, atoning sacrifice on the cross of Calvary, for all mankind TO BE BORN AGAIN!

Born again? It’s easy! Ask God to forgive you of your sins and He will! The result: You are “born again” and your life takes on a different direction as you serve, love, honor and obey God’s Word. Be guided and blessed by reading and obeying His Word: The Bible. “Born again” results in heaven becoming your eternal destination! Awesome! There IS eternal life after death. We choose where we spend eternity.