One of The Greatest Stories Ever Told 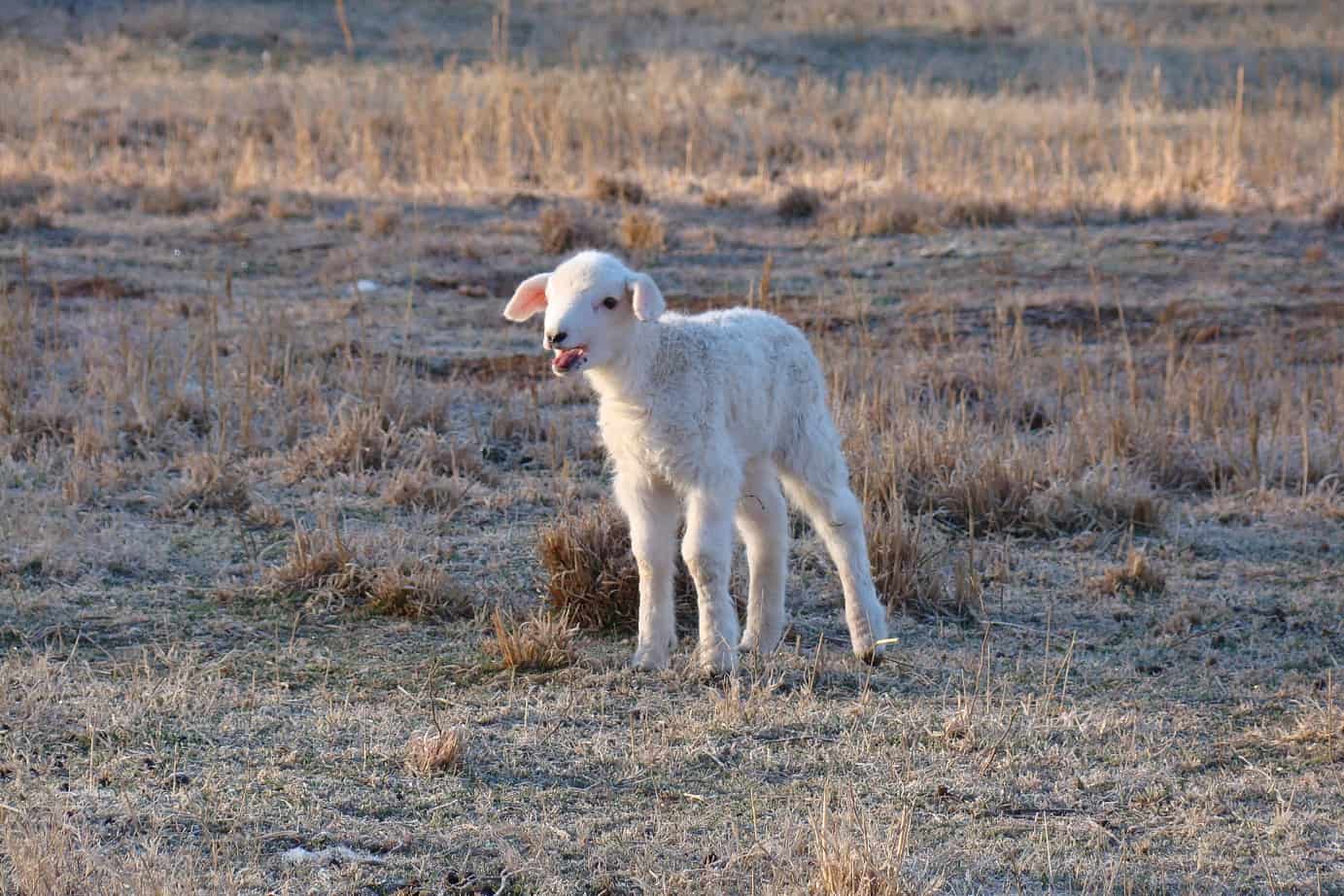 One of The Greatest Stories Ever Told

The impact of His words continue to this day. Many of His words have been written down for us and we know them. When Jesus told a story, it was never for the purpose of passing time or to entertain. The stories of Jesus were meant to zero in on the hearts of the listeners and communicate a lesson they would never forget.

You might forget some stories people tell, but you won’t forget the stories Jesus told. They live on in the hearts of children and young people and adults as well.

One of the best known stories is the one we study today.

1Then drew near unto him all the publicans and sinners for to hear him. 2And the Pharisees and scribes murmured, saying, This man receiveth sinners, and eateth with them.

So, Jesus told this story to them. But, first, let me remind you of the Scripture in

And needed not that any should testify of man: for he knew what was in man.

John 21:25
And there are also many other things which Jesus did, the which, if they should be written every one, I suppose that even the world itself could not contain the books that should be written. Amen.

And when they all drew near to Him, all the publicans and sinners, to hear Him, in Luke 15 He told them the following parable:

Luke 15:3-7
3And he spake this parable unto them, saying, 4What man of you, having an hundred sheep, if he lose one of them, doth not leave the ninety and nine in the wilderness, and go after that which is lost, until he find it? 5And when he hath found it, he layeth it on his shoulders, rejoicing. 6And when he cometh home, he calleth together his friends and neighbours, saying unto them, Rejoice with me; for I have found my sheep which was lost. 7I say unto you, that likewise joy shall be in heaven over one sinner that repenteth, more than over ninety and nine just persons, which need no repentance.

Now the story is here in the 15th chapter about that lost sheep, the lost coin and about the prodigal son. They are all about “lost” things: a sheep strayed from the flock and becoming lost, a silver coin that rolled over into the dark corner, maybe under the furniture and no longer could be seen, and the prodigal son who returns home.

This is how Jesus was trying to describe to the scribes and Pharisees what man’s condition is in this world without the Savior. There’s no better term to describe it than “lost”. Without God, man is lost.

Here in this chapter there are three lost things. Some may feel like they’re lost as the coin was lost. Maybe they took a turn to the left, when they should have kept straight, and the next thing they know, they’re out there, lost, away from where they intended to be.

Some men are lost like the sheep was lost. How does the sheep get lost? He strays from the shepherd a little. He sees a tempting pasture that invites him to go and the next thing he knows, he is there enjoying the temptation while the flock moves along forward and after a while, he looks around and he’s by himself, and through a moment of carelessness, he is lost.

Very few are like the son who came to his father and said, “I want my inheritance. Give me the portion of goods that falleth to me,” and he divided unto them his living. And he went into a far country. But, whether like the coin, the sheep or the son, if you are out of touch with The Father, you are lost. The hurt is to the owner. It was the woman who lost the coin, who spent all night looking for it. It was the Father, who waited while his son was in the far country, going through agony because of his son.

What man of you, having an hundred sheep, if he lose one of them, doth not leave the ninety and nine in the wilderness, and go after that which is lost, until he finds it?

God loves those who are lost and He seeks them out. Jesus said, I am come to seek and to save that which was lost. His mission for coming into the world was to save the lost. It was His central focus.

Regarding pagan religions of the world, at their very height, are an attempt on the part of man to find God and the frustration of it all is so evident in their stressful routines and rituals, trying somehow to reach out to God. Christianity is just the opposite. Christianity is God seeking for man. Christianity is the Shepherd looking for the sheep. How blessed we are to know truth. He’s the seeking Shepherd.

There were 99 in the fold and just one was lost, but the shepherd didn’t play the percentages. He left the 99 in the fold and He went out to find the one that was lost. Businessmen will tell you to take the loss and go on, but not the Good Shepherd. In these three stories we have before us, we have the shepherd going after the sheep and the sheep represented a 1% loss. One out of 100. The lost coin represented 10% loss, one out of ten, and the lost son represented a 50% loss, one out of two. But it makes no difference because the one who seeks, seeks regardless of the percentages. Remember, George Beverly Shay used to sing the beautiful song, and did it so marvelously, about the ninety and nine. Here are some of the words:

1. There were ninety and nine that safely lay
In the shelter of the fold;
But one was out on the hills away,
Far off from the gates of gold.
Away on the mountains wild and bare;
Away from the tender Shepherd’s care.

2. Lord, Thou hast here Thy ninety and nine;
Are they not enough for Thee?
But the Shepherd made answer: This of Mine
Has wandered away from Me.
And although the road be rough and steep,
I go to the desert to find My sheep.

The coming of God in Christ Jesus was the God of Heaven seeking the lost, and His seeking involves far more than we can understand. His seeking took Him first of all to Bethlehem and to Nazareth. His seeking took Him finally to the cross of Golgotha and the tomb and finally the Resurrection…and all of the pain and the agony and no place to lay His head before the crucifixion…all of that, and more, being part of the seeking Savior, for the lost.

The hymn says, “None of the ransomed ever knew how deep were the waters crossed, nor how dark was the night that the Lord went through ere He found His sheep that was lost.”

We are here in this beautiful church, not because we are more spiritual than others. We will never comprehend the price of our salvation until we realize that God Almighty sought us out and He found us. We ought to be on our knees daily, thanking Him because He sought us and found us, and found us in order that we might become a part of His Heavenly flock.

I love Paul’s writings because he was caught up in the joy of His Salvation. Yes, this story is about losing and their story is about seeking but it is also about finding. It says that He goes out and searches until He finds just one that was lost, and when He finds it, He lays it on His shoulders and brings it home.

Here in a few words is, I think, a good definition of what it means to be a Christian. It is that moment and that of experience, when the seeking love of God, and the needy life of man come together in a moment, and we can say when we have met Jesus Christ: I have been found.

This means that our lives now have a new center. Jesus lives within us. Note the tenderness in this term, the care and love of Jesus who takes the erring sheep and lays it on His shoulders and brings it home.

And this story is not only about losing and about seeking and about finding, but it is also about rejoicing. He not only rejoices, but he calls together his neighbors and friends and says, “Rejoice with me, for I have found that which was lost.”

He shares the joy and he spreads the joy with those who know His love for the sheep in the field. Jesus interprets all of this in the 7th verse,

I say unto you, that likewise joy shall be in heaven over one sinner that repenteth, more than over ninety and nine just persons, which need no repentance.

Why did Jesus tell this story? Because the publicans and the sinners were eating with Jesus, and the scribes and the Pharisees were saying to Jesus, “You ought not to be spending so much time with them.” Jesus let them know that He was a shepherd and that he was seeking those who had wandered away to bring them back into the fold.

See, the Pharisees and the scribes thought they were right and needed no repentance. Jesus was doing what He came to do. Joy is bringing sinners into the fold. I think they got the message: that Jesus was all about something different than their organized ritualistic religion, which tended to try to impress people, but had no sense of redemption in it at all.

I think if the Lord Jesus were here today, He would want to know why we spend so much time trying to meet our own needs, when there are so many lost sheep out there that have never heard that there is a God in Heaven who cares.

It’s wonderful to be a part of the ninety and nine, which most of us here in this room are, but we ought to be focusing on the lost one who needs Jesus Christ instead of being so consumed in getting our own needs met. Wonder what would happen if we had the focus that our Lord has? It’s a wonderful thing to see people be “found”. We should never live a day that we don’t carry a burden for the ones who are lost.

The God we serve is a seeking God who can change and turn lives around so dramatically, so that when you look at their lives today compared to what they have been, you realize God did it. Only God changes the human heart.