The Great Supper of God 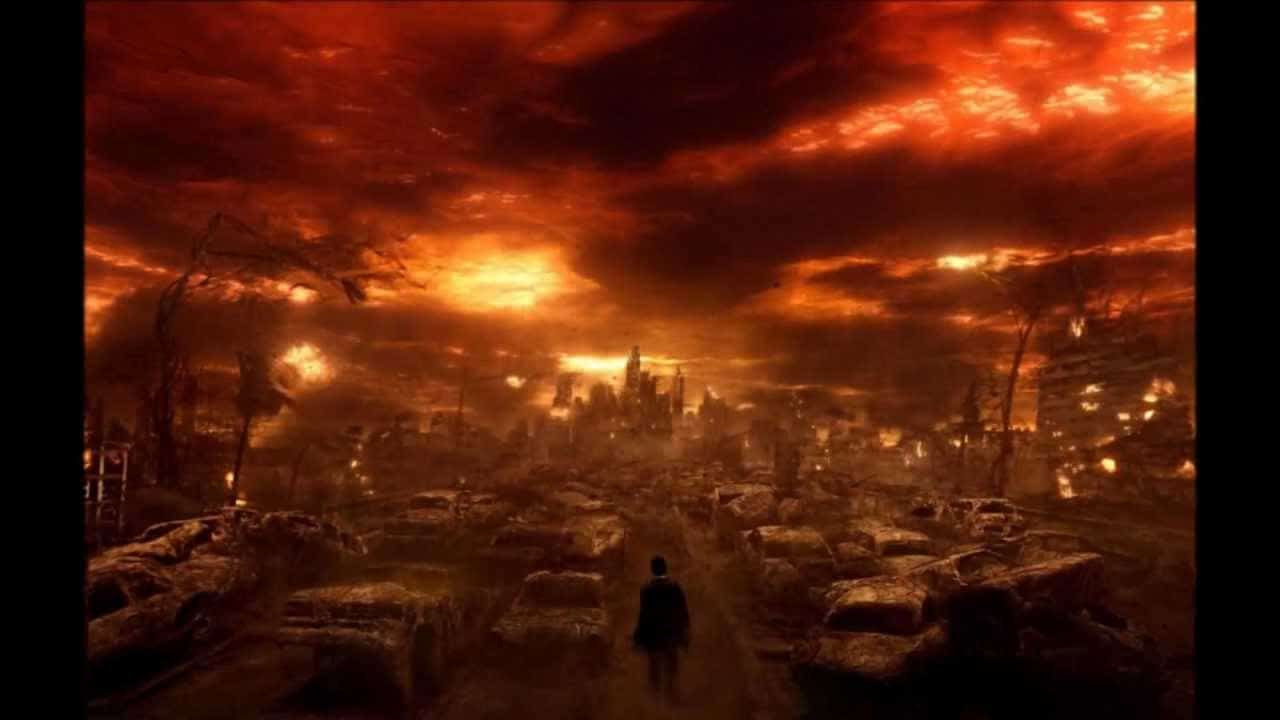 The Great Supper of God

17And I saw an angel standing in the sun; and he cried with a loud voice, saying to all the fowls that fly in the midst of heaven, Come and gather yourselves together unto the supper of the great God;
18That ye may eat the flesh of kings, and the flesh of captains, and the flesh of mighty men, and the flesh of horses, and of them that sit on them, and the flesh of all men, both free and bond, both small and great.
19And I saw the beast, and the kings of the earth, and their armies, gathered together to make war against him that sat on the horse, and against his army.

In this moment, man stands in his physical might filled with hate and bitterness, attacking the very headquarters of Christ, that being Jerusalem. The next moment his flesh is food for the ravenous birds of the heavens. What a picture of the frailty of men in fighting against Jesus Christ!

And the remnant were slain with the sword of him that sat upon the horse, which sword proceeded out of his mouth: and all the fowls were filled with their flesh.

The angel calls for the birds to come together to feast on the dead bodies of those who sought to do battle with God. The crows, the ravens, the eagles and all the other birds will darken the sky when the angel calls them to this “feast”. By that time every person will have chosen his or her eternal destination: either the Marriage Supper of the Lamb or this gruesome “supper” that the fowls of the air devour. What a terrible sight: the birds eating those who were slain in the battle!

Here, however, the Commander-in-Chief of the Heavenly Forces clothes His army in white, a practice unheard of in the history of warfare! The reason should not be overlooked. No member of the armies of Christ that come with Him in His glorious appearing will do battle, for the battle will be consummated by fulfilling the written WORD of God.

Who fights this battle and wins?

And he hath on his vesture and on his thigh a name written, KING OF KINGS, AND LORD OF LORDS.

A warrior goes into battle with his sword on his thigh. Christ’s Sword will be His spoken WORD. THE WORD, that called the world into being, will be THE CALL heard by the leaders of men and the armies of all nations and they will respond to His call.

Instead of a sword on His thigh is His NAME: “King of Kings and Lord of Lords”. Christ Jesus, the living Lord, will be established in that day for what He is in reality: KING above all kings, LORD above all lords. Then, truly, will the prophet’s words be fulfilled as stated in

For unto us a child is born, unto us a son is given: and the government shall be upon his shoulder: and his name shall be called Wonderful, Counsellor, The mighty God, The everlasting Father, The Prince of Peace.

In the Garden of Gethsemane, Judas brought armed soldiers, wielding clubs and swords with which to capture Jesus.

4Jesus therefore, knowing all things that should come upon him, went forth, and said unto them, Whom seek ye?
5They answered him, Jesus of Nazareth. Jesus saith unto them, I am he. And Judas also, which betrayed him, stood with them.
6As soon then as he had said unto them, I am he, they went backward and fell to the ground.
7Then asked he them again, Whom seek ye? And they said, Jesus of Nazareth.
8Jesus answered, I have told you that I am he: if therefore ye seek me, let these go their way:
9That the saying might be fulfilled, which he spake, Of them which thou gavest me have I lost none.

Just the power of His voice was enough to knock over those men!

At the end of time, Jesus Christ will demonstrate His power, with the sword of His mouth (Revelation 19:21 above), killing all the armies of those fighting against Him! With Him will be the redeemed people who will not be involved in the killing of the armies.

Jesus, the KING OF KINGS AND LORD OF LORDS, will reign ETERNALLY on His throne, in great glory! The redeemed of the Lord will experience His Presence, eternally!

Awesome, indeed, is the very thought of living eternally in the presence of the KING OF KINGS AND LORD OF LORDS, who is Jesus Christ, the SON of GOD!

You can live ETERNALLY with Him, too. The gift of salvation is offered FREE to everyone who asks. Have you asked Him to redeem your soul?

Have you asked Jesus, in sincere prayer, to forgive you of sin in your life? He’s as close as a prayer. Ask. He hears and He answers prayers.