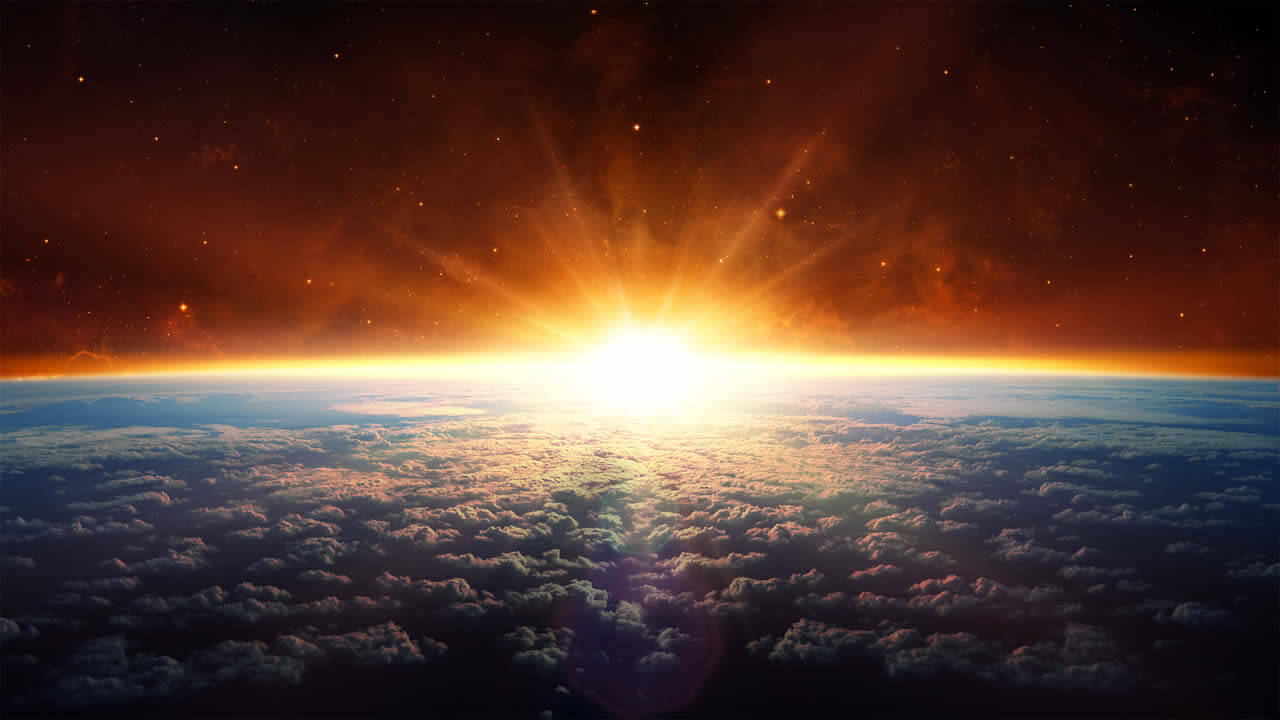 One out of every 30 verses in the Bible mentions the subject of Christ’s return. Of the 216 chapters in the New Testament, there are over 300 references to the return of Jesus Christ.

Only 4 of the 27 New Testament books fail to mention it. That means that 1/20th of the entire New Testament is dedicated to the subject of our Lord’s return.

In the Old Testament, most of the minor prophets, such as Job, Moses, David, Jeremiah, Isaiah and Daniel gave major attention to The Lord’s return.

There are 160 verses devoted to Jesus’ return in the Gospels and seemingly, no one wants to talk about it in public. I believe that in the Word of God, there is one central passage and that is a key to the understanding of each separate doctrine. The chapter on the Rapture is 1 Thessalonians 4 and Matthew 24 and 25 are the most comprehensive sections of the Word of God about the future that God has planned for his people. The Olivet Discourse centers around Israel and her future and just about every prophetic theme that you can imagine is either mentioned or alluded to in these chapters.

In these two chapters, Matthew 24 and 25, we can begin to see these events we’ve heard so much about, The Tribulation Period and The Battle of Armageddon, and how they fit together. So, as we read these chapters together, we will begin to get a sense of what God has planned on the prophetic calendar.

These two chapters are the most conclusive answers to those who wish to set a date and time for Our Lord’s return. How do we know? We can’t know when Christ will return.

Let me point out some verses that will help us, if anyone ever asks you the question. We’ve heard so much about it; some people say this is when it’s going to happen and many people have set dates, but let’s search the scriptures.

“But of that day and hour no one knows, not even the angels of heaven, but My Father only.”

“Watch therefore, for you do not know what hour your Lord is coming.”

Matthew 24:44
“Therefore you also be ready, for the Son of Man is coming at an hour you do not expect.”

Matthew 24:50
“the master of that servant will come on a day when he is not looking for him and at an hour that he is not aware of,”

“Watch therefore, for you know neither the day nor the hour in which the Son of Man is coming.”

And, there are two other passages where the Olivet Discourse is referred to or in some way referred to Luke 21.

“But of that day and hour no one knows, not even the angels in heaven, nor the Son, but only the Father.”

No man, no human, knows the hour when Jesus will come back. Have you ever thought about what might happen if man knew when Christ would return? Suppose we knew Jesus would come back next week. How would that affect our lives? Can you imagine how some folk would respond to that? We probably know someone who would live in sin until the day they knew Jesus would return, get it all cleaned up and be ready to go because that’s the way they live their lives right now.

Then, there would be some who become totally immobile; go into neutral. Some would change their lifestyle and be worthless to their family, church and God.

The Lord did not choose to reveal to us the time of His return and we can think of many reasons. I believe it was His infinite wisdom that kept us from knowing. Even the angels don’t know.

It shows us that they are awesome creatures and they are some of the first created beings of Our Lord. They have power and wisdom, and they protect us.

What it tells us is that the natural world does not know when Christ is coming back and the heavenly world doesn’t know either. By the angels having constant access to God, Isaiah 6 gives us the picture of them hovering around His throne awaiting His command. Matthew 18:10 says
“Take heed that you do not despise one of these little ones, for I say to you that in heaven their angels always see the face of My Father who is in heaven.

49“So it will be at the end of the age. The angels will come forth, separate the wicked from among the just, 50“and cast them into the furnace of fire. There will be wailing and gnashing of teeth.”

This says the angels are going to be the agents of judgment at the 2nd coming. They are the reapers who are going to gather the wheat and tares and throw the tares in the fire.

“And He will send His angels with a great sound of a trumpet, and they will gather together His elect from the four winds, from one end of heaven to the other.”

And in spite of all these things, Jesus said,

Matthew 24:36
“But of that day and hour no one knows, not even the angels of heaven, but My Father only.”

So, even the angels don’t know when Jesus is going to return and God has not chosen to reveal it to them.

Think for a moment. How in the world does somebody find out something no man nor angel knows that even The Lord didn’t know when He was here on earth? How do people think they know? No one knows and we are human beings, a little lower than angels. There is no way we can predict when Jesus will come. We must be ready at all times.

Not knowing is part of God’s plan. If we knew when he was coming, would we live in readiness of His coming. You might say what’s the reason for all the signs in Chapter 24 and 25? Read the parable that The Lord gave to His disciples.

Matthew 24:32 and 33
32“Now learn this parable from the fig tree: When its branch has already become tender and puts forth leaves, you know that summer is near. 33So you also, when you see all these things, know that it is near—at the doors!”

Jesus never told a story that never had a major purpose. He was a great story-teller and His stories always had a punch, if you’d stop and think about them.

As I studied these scriptures, I looked out my window and noticed my fig tree. It was exactly how Jesus described the fig tree; and I’ll sure welcome the summer. Jesus didn’t tell the disciples what day the tree would bear fruit, but it was a reminder that the season is approaching and, what Jesus is telling us as we study the signs of His return is while we do not know the day nor the hour; and don’t let anyone fool you or try to give you a date when Jesus will come back.

Jesus is saying that you won’t know the day nor the hour, but that the time is approaching. When you see the Christmas decorations going up, you know Christmas is coming.

Other things are going to happen also when we read about the signs of Christ coming in Matthew 24 and 25. Jesus is coming back with the angels and His saints to set up His rule on this earth.

This has nothing to do with the Rapture except those signs we read about. Seven years before The Lord comes back with His angels and His bride will be the Rapture.

It could be today or tonight that the Rapture will take place. We cannot know. We must be ready but when He comes, I want to be studying His Word and preparing to teach my Sunday School class. Whenever He calls me, I want to die doing what he has called me to do. (Teaching His Word.)

What are you doing today that you would change if the Rapture would take place today? Or what would you not be doing? When He comes, we won’t have time to change anything. We’re ready or we’re not ready.

And Jesus also said as we move toward the end of the age, there’s going to be more famine and earthquakes. The Bible says as we are nearing the end, there will be more earthquakes.

Some interesting statistics – The 1992 Canadian Global Almanac reported 48 major earthquakes rocked the world between 1900 and 1969, averaging about 6 each 10 years.

In the first six months of 1990 there were 10 major quakes that killed more than 100,000 people. The frequency during the period increased from six real bad quakes to ten every six months. We know about it because it’s on the news on TV and the radio. We hear about it but the Scripture says that as we get near the Rapture of the bride of Christ and the tribulation takes place, and all of these signs, there will be a growing intensity of all these things.

Pestilence will increase (meaning a plague), diseases that we can’t control. Do you read what’s going on the world today? A medical doctor said that one of the main contributing factors of the spread of disease is space age travel. Airliners turned epidemics into global panics as more and more businesses and governments send representatives around the world. No country is immune to an outbreak of major plagues and disease.

Diseases travel the world these days, first class in jumbo jets. We think that AIDS is the worst plague in human history. It is estimated that this disease has already killed more than 200,000 people in America alone.

But in other parts of the world, particularly in Africa, and in the Caribbean, it is estimated as incredible and in Thailand it is to be found that 12 of all military inductees are HIV positive. Missionary sources tell us that in Uganda, almost 50 percent of the population is infected with the virus.

A missionary, who pastors a large church, said a government official told him that he could expect to conduct a dozen funerals a day for people who were dying with AIDS.

Also, Jesus told us we could expect an escalation of deception as we near the Rapture.

We’re living in a strange, frightening world, if we let ourselves think about it, and, if I didn’t have the Word of God, I would be frightened.

But, what this tells me as this gets worse, is the Christians that were ready and went in the Rapture with The Lord are not here.

The last sign in the deliverance is the Tribulation for those who endure. Notice what He says.

Luke 21:10
Then He said to them, “Nation will rise against nation, and kingdom against kingdom.”

Mark 13:8
“For nation will rise against nation, and kingdom against kingdom. And there will be earthquakes in various places, and there will be famines and troubles. These are the beginnings of sorrows.”

Matthew 24:44
Matthew 24:9
“Then they will deliver you up to tribulation and kill you, and you will be hated by all nations for My name’s sake.”

As we near the time of Christ’s return, Christians are going to be persecuted more than they have ever been.

Let’s be ready to go in the Rapture!