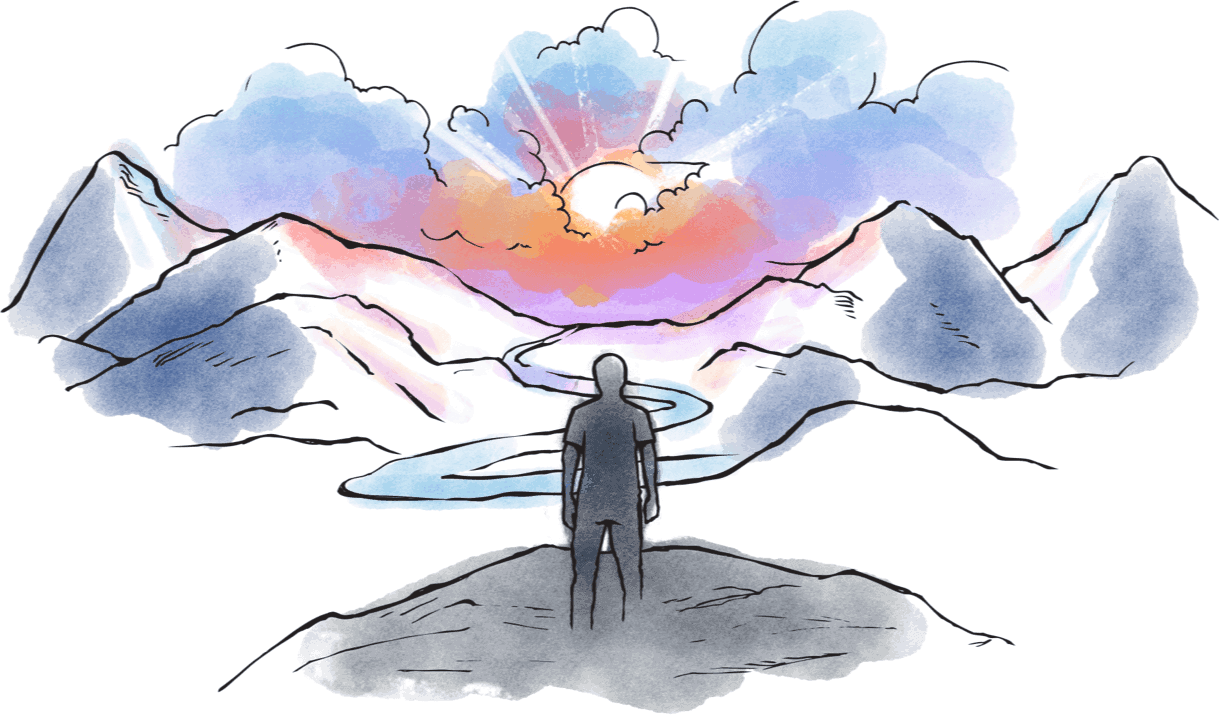 The theme of the Book of Hosea with which we are familiar is God’s comparison of Israel to an unfaithful wife, a parable Hosea’s own life exemplified through his tragic marriage.

The parable is only God’s opening address to Israel’s many spiritual problems. Because both prophet and priest had not faithfully proclaimed God’s laws, sins of every description had become rampant. The people’s ignorance of God was willful, so He warned them of severe judgment that was coming. Divine punishment would fall on the people, their land, and even on the animals and birds and fish.

God would not do this until He had given the nation ample warning through Hosea his messenger. Hosea’s ministry probably occurred shortly after that of the prophet Amos. Both prophets offered Israel ample warning of God’s coming judgment. The people were without excuse because God’s voice had been heard clearly.

In the first three chapters of Hosea he had been speaking figuratively and symbolically, but in chapter 4 his language became plain and direct. The tone of this chapter is one of formal accusation. It is as though God was summoning His people to the courtroom to hear His case against them.

1Hear the word of the LORD, ye children of Israel: for the LORD hath a controversy with the inhabitants of the land, because there is no truth, nor mercy, nor knowledge of God in the land.
2By swearing, and lying, and killing, and stealing, and committing adultery, they break out, and blood toucheth blood.

3Therefore shall the land mourn, and every one that dwelleth therein shall languish, with the beasts of the field, and with the fowls of heaven; yea, the fishes of the sea also shall be taken away.
4Yet let no man strive, nor reprove another: for thy people are as they that strive with the priest.
5Therefore shalt thou fall in the day, and the prophet also shall fall with thee in the night, and I will destroy thy mother.
6My people are destroyed for lack of knowledge: because thou hast rejected knowledge, I will also reject thee, that thou shalt be no priest to me: seeing thou hast forgotten the law of thy God, I will also forget thy children.
7As they were increased, so they sinned against me: therefore will I change their glory into shame.
8They eat up the sin of my people, and they set their heart on their iniquity.

15Though thou, Israel, play the harlot, yet let not Judah offend; and come not ye unto Gilgal, neither go ye up to Bethaven, nor swear, The LORD liveth.
16For Israel slideth back as a backsliding heifer: now the LORD will feed them as a lamb in a large place.
17Ephraim is joined to idols: let him alone.
18Their drink is sour: they have committed whoredom continually: her rulers with shame do love, Give ye.
19The wind hath bound her up in her wings, and they shall be ashamed because of their sacrifices.

1Come, and let us return unto the LORD: for he hath torn, and he will heal us; he hath smitten, and he will bind us up.
2After two days will he revive us: in the third day he will raise us up, and we shall live in his sight.
3Then shall we know, if we follow on to know the LORD: his going forth is prepared as the morning; and he shall come unto us as the rain, as the latter and former rain unto the earth.

His controversy: verse 1
There was a total lack of the virtues God’s people should have been demonstrating, particularly truth and mercy. The people were faithless in their dealings with one another and there was an absence of love and kindness. This negative picture was the result of the disappearance from the land of the knowledge of God. Because the Jews’ concept of God’s nature and being had become so low, their treatment of one another had deteriorated.

God listed the sin that had taken over the nation: swearing, lying, killing, stealing and adultery, verse 2 of Hosea 4, above. The phrase “blood toucheth blood” meant murder was so rampant that one kept following another as though each crime touched another.

God could not tolerate this lawlessness without acting. Judgment was coming. It would be so severe that the very land would be like a person in mourning. God had complete control over the forces of nature He created. These forces can be used to bless or to punish.

In Elijah’s day, God responded to Israel’s sins with a drought so severe even the dew ceased to form. The descriptions in verse 3 of Hosea 4, above, indicate a similar tragedy was being predicted here. The food supply would dwindle until many would waste away with hunger. The same effects would be seen among the animals that roamed the fields. Birds would find nothing to eat. Even the fish would die.

Verse 4 of Hosea 4, above, warns the people not to waste their time blaming one another for the situation. “Let no man strive or reprove another.” The controversy was between God and the whole nation.

Being against one another would only make the problem worse. The latter part of verse 4 through verse 6 of Hosea 4, above, appears to be talking about the priest. The priests bore part of the blame for Israel’s spiritual downfall because of their failure to instruct the people faithfully in The Law. They would suffer God’s punishment for the way they had misled their own people. In verse 6 of Hosea 4, the knowledge to which God referred is “the knowledge of God.” Such knowledge came through The Law and since The Law had been neglected, the people’s concept of God had become completely distorted. This had led to their moral and spiritual destruction.

The knowledge of God is the only foundation for social stability, and when it is rejected disaster is inevitable. Once an individual embarks on a path of disobedience to God’s laws it is very easy to continue towards complete spiritual destruction. Each sin makes the next one easier. “Pricks of conscience” become weaker and finally disappear. The sinner becomes increasingly bold and constantly discovers new avenues of lawlessness.

He finds the Word of God distasteful because it condemns his behavior. The only safe course is to never start down the road of disobedience.

Today’s society has been characterized as practicing education minus character, pleasure minus conscience, work minus responsibility, politics minus principles and religion minus sacrifice.

When a person believes nothing and experiences nothing, he then begins living for nothing. In such a state he is apt to fall for any ideology that makes an appeal. That is our danger today.

In Hosea 4:16, above, we read that instead of acting as a lamb that follows, Israel had acted like a stubborn cow that refuses to yield to the yoke put on her. Israel would not be trained. God had been Israel’s Shepherd, feeding and leading them as His lambs. They could not act like a stubborn cow and expect to be treated like sheep that followed their shepherd obediently.

Hosea 4:19, above, points to judgment that is coming because of Israel’s apostasy. The first part of the verse compares the judgment to a whirlwind. The Assyrians would invade Israel from the north and carry the nation into exile. Hosea, in foretelling this judgment, likened the Assyrians to a fierce wind of divine wrath that would carry Israel away.

Afterwards, in exile and with their nation in ruin, the people of Israel would regret the sacrifices they had made to idol gods. No matter how many warnings are given that the consequences of sin are devastating, some will not regret their idols and sinful ways until judgment falls.

Sometimes God allows us to experience what seems to be His absence so we will hunger for His presence. When we hunger and thirst after God, revival comes in our hearts. God is slow to wrath, but He is not slow to forgive, revive and restore to spiritual life those who return to Him in true repentance and with a desire for His fellowship.

In Hosea 6:3, above, the exiles, returning to God, would encourage one another to press on to know the LORD and discover that He would come to them as reliable as the dawn returns each day and refreshing like the rains of spring.

Israel was exiled in Assyria because they refused to know the LORD. After their exile and repentance they would know Him and pressing on to know Him better they would experience the fulfillment of the promise which says in

Draw nigh to God, and He will draw nigh to you. Cleanse your hands, ye sinners; and purify your hearts, ye double minded.

Humble yourselves in the sight of the Lord, and he shall lift you up.

If an individual has lost fellowship with God through sin, the first step back is to acknowledge both the sin and the resulting break in the relationship.

Repentance opens the door to God’s mercy. Even when God sends trouble on rebellious people, it is with the aim of bringing them to their senses so they will call on Him.

When the sinner is forgiven, he too, like the Israelite, must persevere or “follow on” and he will soon find that God responds by showering His blessings on him, increasing his spiritual knowledge and enlarging his spiritual capacities.

We would regard life as being quite meaningless without relationships with other people. How then can life have the meaning it should if we have no relationship with God, the Supreme Person, who is the Source of our life!

Life attains its highest meaning and purpose when we know God.