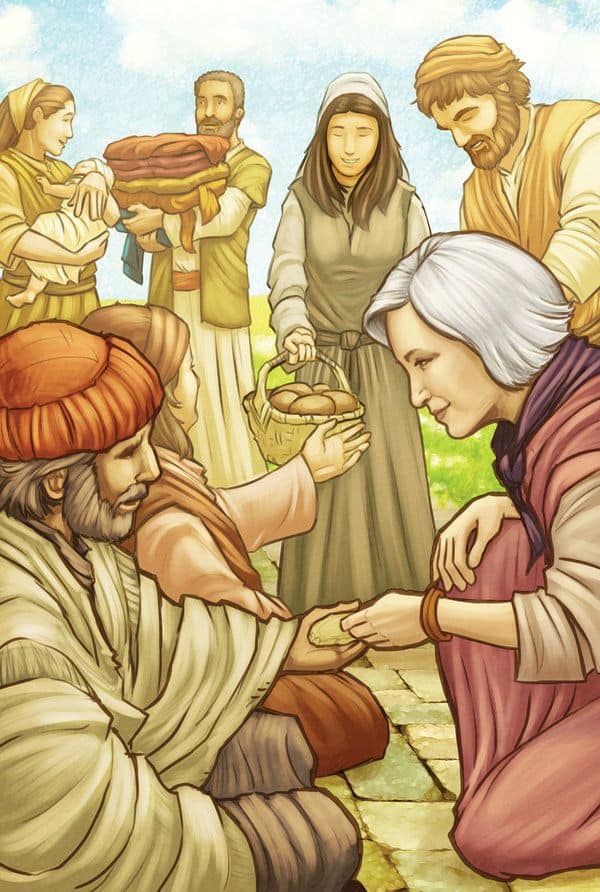 As the early church continued to teach, preach and talk about Jesus, the church grew. With growth, as is always the case, new problems arose but the Holy Spirit was sufficient for every need, every difficulty. In the earliest years of the church, most of the responsibility for its work fell on the shoulders of the 12 apostles. They were the pastors, evangelists, teachers, counselors for the whole body. They were concerned for the welfare of all, not only spiritually, but physically and materially.

For a time, all went well. The fellowship was wonderful. God’s blessings, Christ’s love and the fruit of the Spirit brought a fellowship and a sharing that met the needs of everyone.

Daily, the Lord called to the church those who were being saved. With this week’s lesson, we see a problem arising that was difficult and disruptive, but it brought to light a great need. The leaders needed to learn the importance of delegating authority and responsibility.

The people needed to be brought to a new degree of cooperation in the work of the Lord. There were human beings with human needs and human feelings, and they faced a real problem. As time went on God prospered them all until only the widows remained in need of the money the apostles distributed. It was practically impossible for widows to find employment in those days. It is difficult for people in our culture to understand the pitiful plight of the widows living in Bible times. Had it not been for Divine provisions, their lives would have been very much more difficult.

God charged the Hebrews to take particular care of them and of fatherless children.

And the Levite, (because he hath no part nor inheritance with thee,) and the stranger, and the fatherless, and the widow, which are within thy gates, shall come, and shall eat and be satisfied; that the LORD thy God may bless thee in all the work of thine hand which thou doest.

He threatened a terrible punishment against such as oppress and injure them.

They slay the widow and the stranger, and murder the fatherless.

God intends the church to be a living body, an organism, not just an organization, but as such, it must have organization. In fact, a mark of true leadership is the ability to put others to work. The only purpose of organization, as the Bible teaches it, is to meet a need or get a job done.

The Book of Acts draws attention to the work of the Holy Spirit through the apostles. As He anointed them, they were able to disciple new believers through teaching, fellowship, communion and prayer.

As a result of the Spirit’s work in their midst, these new Christians exhibited the power of God. Signs and wonders became the norm but another of the traits that characterized these early believers was their sense of community. Even though they lived in separate houses, these members had a sensitivity to the needs of fellow believers. Many believers were willing to sell their possessions and give to those in need. This brought a unity to the church.

In order for the church today to have a great impact on our society, it needs the power of the Spirit and a sense of community where the world sees God flowing through us. They, too, will respond to our message.

And all that believed were together, and had all things common;

The power of the Spirit in the early church also manifested itself in very practical ways. The phrase “had all things in common” indicated they share everything. Some even sold property, goods and other material possessions and gave the money to help their fellow believers.

This attitude of sharing came from Christian love. No one was obligated to give. When brothers and sisters had material needs, others gave to meet those needs. This sharing is an example of true Christian fellowship.

The generosity of the early church was not a one-time event. As the church continued to grow, generosity became a characteristic of these new believers. There was an attitude that prevailed among them that produced this generosity.

The believers were of one heart and one soul.

And the multitude of them that believed were of one heart and of one soul: neither said any of them that ought of the things which he possessed was his own; but they had all things common.

This type of unity was an important characteristic that caused the church to grow rapidly. When we lose sight of our purpose for being, instead of working toward a common goal, we begin to pursue our own individual goals. We must consider the power of the Holy Spirit that was at work in the believers’ lives. When the Holy Spirit is allowed to work within a church and its members, we will begin to be of “one heart and one soul” and the Spirit can unify us.

We live in a society that seeks pleasure through material possessions. This type of attitude can cause individuals to become selfish and seek only to please themselves.

While the Bible does not advocate selling everything we have and giving it away, it does teach that believers have the responsibility of helping meet the needs of others. Our generosity can be a testimony of the power of God at work in our lives as we reach out to others. They cannot help but notice the grace of God in us. We will then have opportunity to share with them the message of Salvation. If we never minister to the physical needs of others, they may not listen to us when we want to share the Gospel with them.

The money from the sale of property and possessions was laid at the apostles’ feet; however, as the number of the converts grew, administration of this important task became cumbersome. This caused complaints of oversights and neglect in meeting the needs of certain widows. When this need was made known, the apostles began to look for a solution.

Then the twelve called the multitude of the disciples unto them, and said, It is not reason that we should leave the word of God, and serve tables.

First, the 12 disciples realized the importance of their own ministry. They could not afford to spend all their time in administrative work and waiting on tables when God had called them and anointed them to preach the Gospel.

Soon some of the work was delegated to others, to Spirit-filled leaders of the church. These men had to be of honest report, full of the Holy Ghost and wisdom.

Spiritual maturity and integrity were of utmost importance. The church began to grow. There had been 5,000 men besides their families that accepted the Gospel of the apostles. Belief in Christ brings people together. Christian fellowship is for the purpose of both receiving the love of God and witnessing to it.

Love is of such a nature that when it is shared, it increases rather than decreases. It is no wonder that the early church made such an impact on its society. When the world saw the power of God at work among them and the love that they had for each other, unbelievers desired to respond to the message of salvation.

God intends for His church to have this care for each member. This week’s study provides a good model for the interaction among our membership. 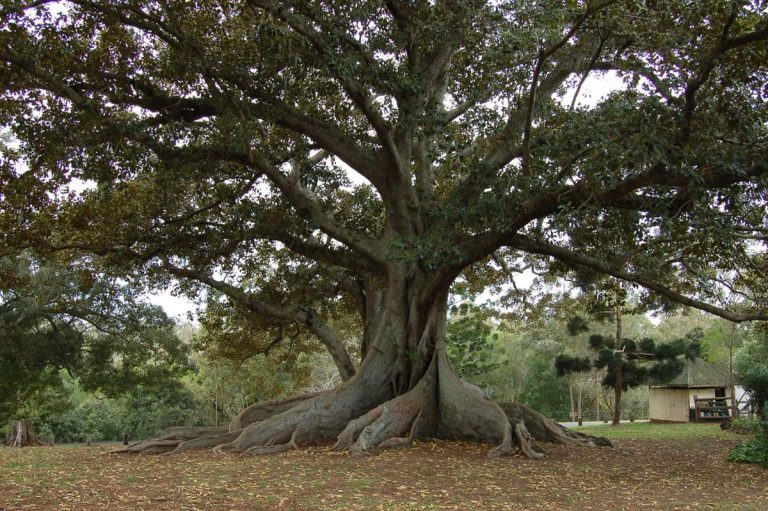 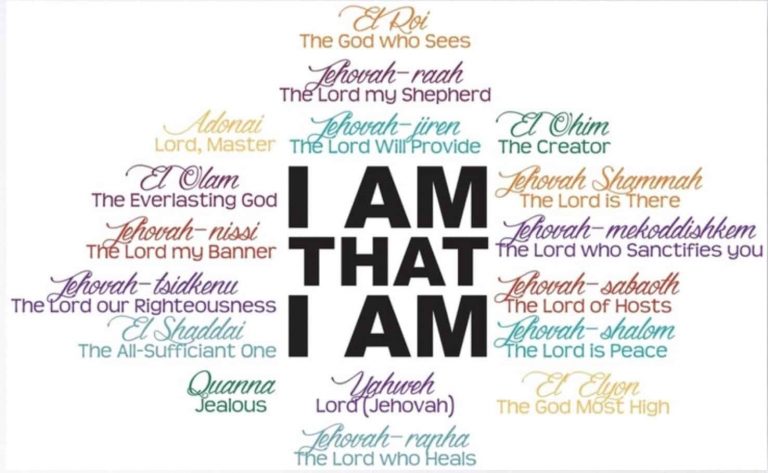 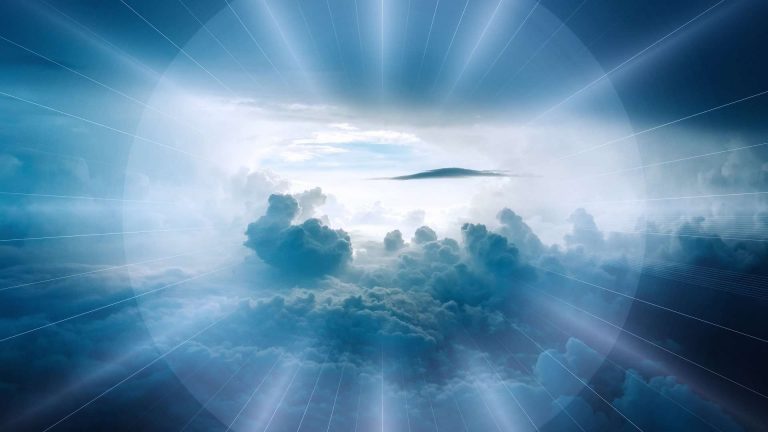